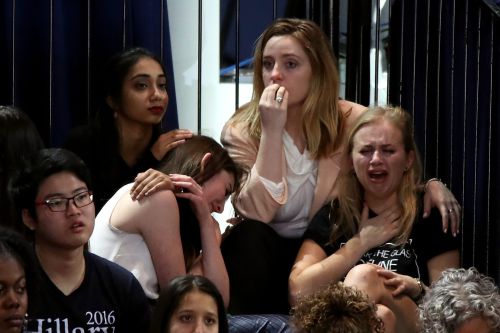 “The job market is about to get even more crowded for Washington Democrats, as thousands of Obama appointees join the hundreds of Clinton campaign staffers looking for employment.

There’s rarely been less demand for their services.

The Trump tornado is tearing up post-election planning around the Beltway. It’s not just that those 4,000 administration jobs are no longer available to Hillary for America alumni, or that failed Senate candidates like Russ Feingold and Katie McGinty won’t be able to hire their staff on the Hill. There are also the lobbying firms, trade associations and corporate government affairs offices that are pitching senior Obama aides’ resumes into the round file while scrambling to hire operatives with Republican connections.

It’s insult to injury for a generation of young operatives who are still managing their shock and grief from Hillary Clinton’s loss. And for those who want to fight to keep … Obama’s legacy from being erased, there aren’t a lot of places ready to pay them to do it.”

Hillary and Obama’s useful idiots aren’t just finding it difficult to find government jobs, the private sector doesn’t want them either. From Politico:

“One [Obama] administration official said he was deep into negotiations with two tech companies in early November, but after the election, ‘there was a pretty clear about-face.’

One of the tech companies’ offices got in touch the day after the election stating that they needed to ‘re-scope the role in light of the results.’ The other company, the official said, was ‘far less euphemistic in saying we need Republicans, not Democrats.’”

After repeatedly seeing job postings looking for Republican connections, former Hillary staffer Anastasia Kessler-Dellaccio says she “quite literally stripped out all of the Hillary stuff” out of her C.V. She added, “I have friends who even on LinkedIn have removed any Democratic Party alignment because they’re afraid if employers see too much Hillary stuff they’re not going to get a job.”

Hey, Anastasia. If you really want to find reputable work, I suggest you put another pic of yourself on your LinkedIn page instead of the one you now have (see above). That is, assuming the employment you’re seeking is not one of those alleged hookers allegedly hired by Trump to allegedly urinate on a bed allegedly slept in by Obama in allegedly the Moscow Ritz-Carlton.