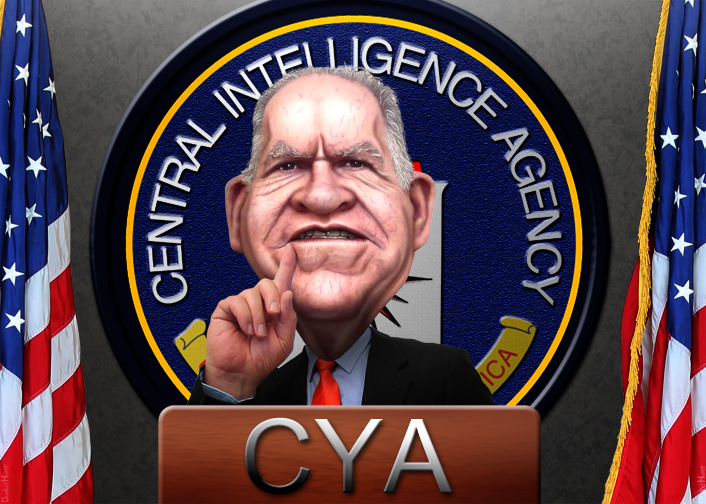 (INTELLIHUB) — Just hours after outgoing CIA Chief John Brennan lashed out at Donald Trump for not “fully understanding” the Russian threat, Trump hit back by exposing the terrible record of Brennan before asking if he was the leaker of the documented disinformation dossier recently released by fake news purveyor BuzzFeed.

Trump called out Brennan for his horrible handling of events in Syria, Crimea, Ukraine and the build up of Russia nukes.

In other words, the head of the CIA just got destroyed by the President-elect who is clearly not backing down in the midst of an unprecedented coup attempt led by the very agency Brennan controls.

much worse – just look at Syria (red line), Crimea, Ukraine and the build-up of Russian nukes. Not good! Was this the leaker of Fake News?

For the first time in decades, we actually have a president who is willing to stand up to the intelligence community and the sort of shadow government they control.

At this point we can only hope and pray that nothing happens to Trump and, if something does, we will KNOW that the CIA was involved.