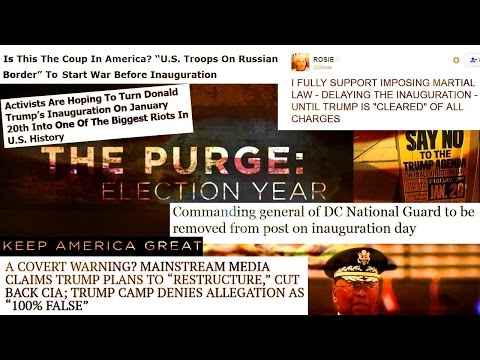 We’re less than a week out on Inauguration Day with Donald J. Trump set to take over the Presidency of the United States. Despite calls for Trump and his supporters to accept the will of the people ahead of the election wherein the left assumed Hillary would be the winner, they are now planning a variety of potential disruptions on January 20th. Moreover, there has been a lot of chatter suggesting that The Powers That Be are actively working to supplant a smooth transition this Friday.

How it will all go down… or not… remains to be seen. In the meantime, The Daily Sheeple notes there are 5 signs that something might be going down on Inauguration Day: