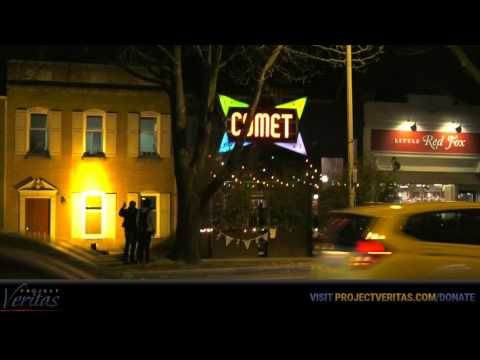 Using hidden cameras, Project Veritas has video and audio evidence of the radical Left’s plans to disrupt and cause mayhem at the Trump inaugural this Friday.

Members of one group, DC Anti-Fascist Coalition, are captured on video in the infamous Comet Ping Pong pizza restaurant discussing how they would force everyone to evacuate from the Deploraball on the night of January 19 at the National Press Building, Washington, DC, by releasing butyric acid stink-bombs into the ventilation system and setting off fire alarm sprinklers.

“It shall be unlawful for anyone to willfully or knowingly, with the intent of intimidating or frightening people, causing panic or civil unrest….”

Project Veritas has notified the FBI, Homeland Security and DC police of the terrorist plans.

Here are the individuals plotting to commit terrorism at the Inauguration:

Below are the Leftist groups who are planning to disrupt Trump’s inauguration (Sources: MSN and Project Veritas):

See also “Caches of weapons found in D.C. 6 miles from where Trump will be inaugurated“.