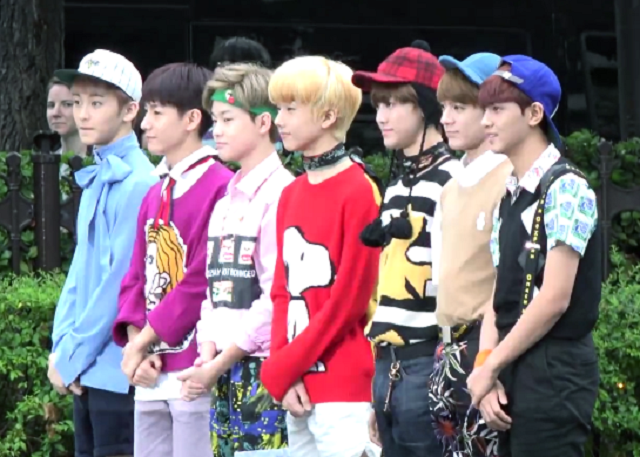 While the lying media in the US encourages confused young boys to take puberty blockers and chop their penises off to “become girls,” China is moving hard to prevent a “masculinity crisis.”

BEIJING — With enormous economic clout and a powerful military and a strongman president, the image that China projects to the outside world is one of strength and confidence.

At home, however, some believe the nation’s over-protected young boys are becoming physically and emotionally weak — leaving China facing what is being called a “crisis of masculinity.”

Some commentators in China, where gender identity is much less blurred than in Western culture, suggest it could lead to social problems and even imperil the country’s national security.

“Where gender identity is much less blurred,” lol. Try “where abnormality is not celebrated by the lying media as a virtue.”

A new school textbook that aims to teach boys how to be “masculine” men has been released. Called “Little Men,” the book covers the differences between boys and girls, the importance of the father-son relationship as well as the importance of interacting with nature and managing money.

The colorfully illustrated book was first published in December 2016 by Shanghai Educational Publishing House and has been approved for fourth and fifth grade classes across the country, after a trial period in selected schools.

“This course is necessary for boys,” Miao Li, 36, a businessman, told NBC News while waiting to pick up his daughter recently outside a Beijing primary school. “They are so over-protected by the family they don’t do physical activities anymore.”

“The boys are now less masculine than when I was of their age,” said a retired worker named Tian, a grandfather to an 8-year-old boy.

As the Chinese are not a conquered people, they accurately recognize this is a threat to their survival.

…Some sections of the Chinese media have also suggested that the popularity of effeminate Korean and Japanese actors and pop stars is a factor in the supposedly diminishing masculinity of Chinese youth. Last month, a headline in a prominent English-language Chinese newspaper blamed a “‘gender crisis’ on effeminate men in Japanese, Korean culture.”

…China’s education system may also have played a role in bringing about the current state of affairs, with some commentators blaming an acute shortage of male teachers in the country, depriving young boys of male role models. Four out of five teaching positions in urban areas of China are held by women.

According to Tiantian Zheng, a professor of anthropology at State University of New York at Cortland, the issue of “masculinity” and the upbringing of boys is being treated as a priority at state level educational policy.

Measures that could result from this include “the establishment of all boys’ middle schools, the textbook you cited [‘Little Men’], experts’ psychology clinics and media discourse,” she told NBC News.

In a study published last year, Zheng observed that Chinese experts have called for stronger “gender-difference education,” arguing that “the crisis of masculinity in effeminate men is considered a peril to the security of the nation because it reflects powerlessness, inferiority, feminized passivity, and social deterioration reminiscent of the colonial past when China was defeated by the colonizing West.”

Chinese media has portrayed the “lack of manhood not only as a public menace and a threat to the family, but also as a metaphor for passive masculinity and national crisis,” she wrote. Distinctive gender roles and strong manhood were considered “crucial in safeguarding the security of the nation,” she noted.

Notice how the US has implemented all the policies they say define a conquered people?

Notice how our controlled media celebrated all of this as “progress”?

That should tell you something.