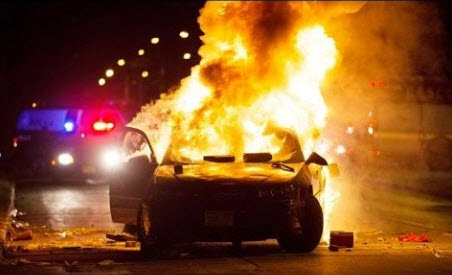 All the red flags coming out on a daily basis now suggest that something is going down on Trump’s inauguration.

At the very least, the lead up to it has been unlike any transition of presidential power America has seen in the past.

Case in point? A San Francisco-based company is running ads in two dozen major cities offering $2,500 a month for agitators to “Get paid fighting against Trump!” at this week’s inauguration events.

“We pay people already politically motivated to fight for the things they believe. You were going to take action anyways, why not do so with us!” the ad continues. “We are currently seeking operatives to help send a strong message at upcoming inauguration protests.”

The job offers a monthly retainer of $2,500 plus “our standard per-event pay of $50/hr, as long as you participate in at least 6 events a year,” as well as health, vision and dental insurance for full-time operatives.

If these are real ads, that’s really good money, especially for the growing number of out-of-work millennials still living at home with their parents these days.

To top it all off, the company promises its clients who hire paid protesters that, “all actions will appear genuine to media and public observers.”

But now, not only are we already seeing signs of the same highly organized protests being set up for Friday, with people threatening to turn the inauguration into a riot and saying they do not support a peaceful transition to power, but we have to wonder how many of those people are getting paychecks to do so and how far they’ve been told to take it…

This is on top of authorities finding weapons caches stashed in DC this week.

Ultimately, though, we live in a world of fake news, of paid live TV audiences, and paid protests for our reality TV star president.

The question is, are we getting to a point where everything is fabricated?