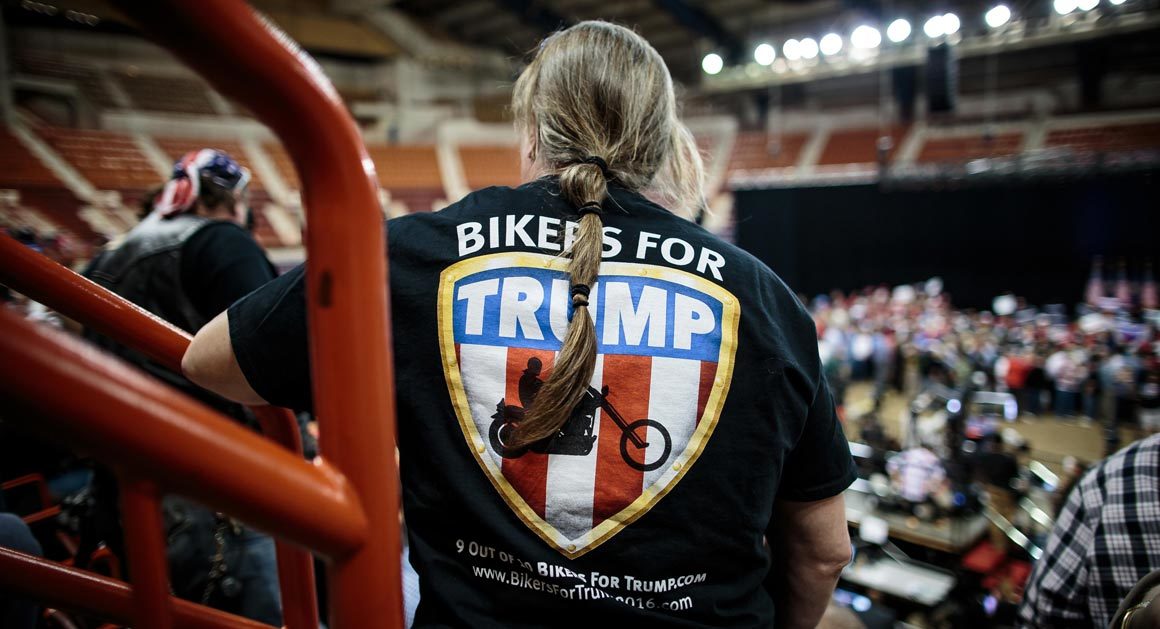 As many anti-Trump protesters prepare to shut down Donald Trump’s Inauguration on Friday, Bikers for Trump have found a way to secure spaces in order to be on hand for the swearing in ceremony on the 20th.

Groups planning to protest President-elect Donald Trump’s inauguration next month monopolized the National Park Service permits to use public spaces around Washington during the event — until Bikers for Trump showed up.

Bikers for Trump founder Chris Cox said he had to negotiate with National Park Service officials to find space for the motorcyclists because anti-Trump groups had scooped up nearly every location for their “disruption” events surrounding the Jan. 20 inauguration.

Securing a designated area for the thousands of bikers expected to roll into Washington to watch Mr. Trump take the oath of office is crucial to avoiding clashes between the two sides, he said.

“We’ve already won. There’s no reason for these guys to be going shoulder to shoulder against the Black Lives Matter and the rest of the [protesting] guys,” Cox said. “This is a victory tour.”

Another pro-Trump group, “Let America Hear Us, Roar for Trump!”, had also requested permits for 500 people to attend as well.

He said the National Parks Service office in Washington, DC discouraged him from applying.

“She was telling me that they had already given all the permits out to the anti-Trump movement — permits for maybe 100,000 or 200,000 people,” Cox said. “I wasn’t happy. I told her I had thousands and thousands of bikers coming into town, and if she didn’t give me a spot, they were going to be just mingling around and would end up hanging out where all the Trump protesters are, and there’s going to be big problems and then people are going to wonder why.”

“I don’t know the specifics of how the plans for the Bikers for Trump event have evolved or what their specific discussions have been with staff, but that scenario aligns with how our permitting process works in general,” said National Park Service spokesman Michael Litterst, who said their policy had nothing to do with the affiliatioin of the groups applying. “Permits are processed in the order in which they are received, and when there are conflicts for location and/or time, the first group to submit their application gets first use.”

Group members of Bikers for Trump are coming from as far away as California for the Inauguration.

The Times went on to report on the oppositions permit requests.

Still, their numbers are dwarfed by groups such as Progressive Independent Party, a liberal activist group that requested two permits for a total of 15,000 demonstrators to use of various parks around the city during for several days surrounding the inauguration.

The group’s Facebook page displayed a banner with an image of the Capitol covered by a “occupy inauguration” logo.

The largest organized event seeking permit is the Gathering for Justice’s “Women’s March on Washington” slated for Jan. 21, with an expected turnout of 200,000 demonstrators.

News has been coming out that DisruptJ20 will be a large scale event of protests around the nation that will target balls, events and Trump supporters, beginning in DC. Some reports have even said that possible chemical attacks have been suspected.

None of this seems to discourage the Trump faithful, and it shouldn’t. In fact, the hostility of those opposed to Trump only solidifies the resolve of his supporters to see a peaceful transition of him into the White House.