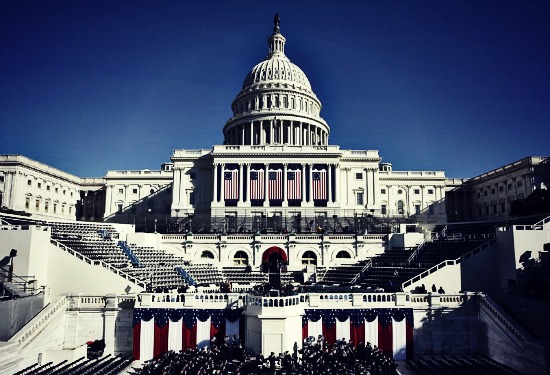 The stage for Friday is obviously being set.

As previously (and now extensively) reported here at The Daily Sheeple, copious warning signs coming out of DC signal that Friday’s inauguration will be anything but a peaceful transition to power. Whenever the inauguration is brought up, words like riot, violence, and chaos aren’t too far behind.

Secret Service is now saying they are gearing up for a ceremony unlike any they have ever overseen. Over 100 protest groups are now scheduled to attend, and ads for paid agitators have gone up in two dozen cities across the country.

On top of that, it has been reported that large weapons caches have been found stashed around DC… not something you hear every day (or ever… when have we ever heard that?).

Even though the entire DC police department was recently fitted with body cameras — body cameras which have shown in studies to deter police violence, just by the way — now it is being reported that DC police will not have their body cameras on during the inauguration protests.

The reason, the ACLU explains, is actually supposed to be to protect the rights of protesters being able to exercise their First Amendment rights without being unduly surveilled by the police.

That should be a good thing actually; however, under the circumstances being otherwise set, doesn’t it just seem like a fishy time to start respecting people’s rights all of a sudden?

First of all, since when does being in a public place like a protest give anyone a legal “reasonable expectation of privacy” all of a sudden? (Hint: it doesn’t.) For obvious reasons a protest is in a public space and in plain view, not in someone’s private home. The ACLU’s own website states, “Taking photographs of things that are plainly visible from public spaces is a constitutional right.”

In this case, with the stage being set as previously mentioned, making sure DC body cameras are off just seems like one more way to ensure whatever provocateuring goes down on any side (left, right, government), there will be less official evidence of it.