An alt-left, Mexican supremacist with the ACLU told elderly white folks at a city council meeting in Rialto they should have no say in how the town their forefathers founded is governed because they’re a dwindling minority that only has “five years left.”

The issue at hand was whether or not Rialto should become a “sanctuary city” for criminal illegal aliens.

Elderly white Californians came out in droves to oppose the plan, while Luis Nolasco, “a community engagement and policy advocate for the ACLU of Southern California,” spoke in favor of it.

Nolasco said, “This is my town.”

He said that the important part of the sanctuary city discussion is “who are the people we are talking about.”

The ACLU official said that “the people in this room are not representative of Rialto. Sorry to break it, but growing up here white people were the minority.” 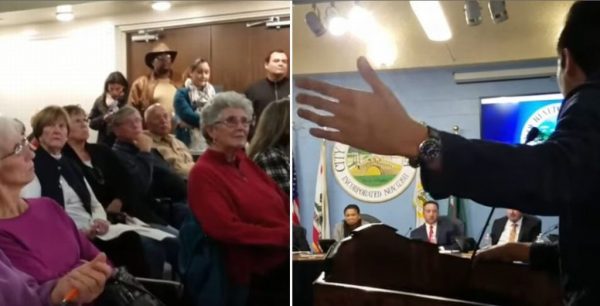 The city of Rialto is 72.4 percent Latino, according to a 2015 Census estimate.

“It’s kind of mean for me to say it but these people have probably like five years left,” Nolasco said while gesturing to the white attendees at the meeting. A video of the meeting shows that several of them were elderly.

The ACLU official said that Latinos and blacks are “the future,” and that “we don’t want to see an America that is hateful.”

The ACLU defended Nolasco statements, though they said they were not “consistent with [their] stated policy”:

The ACLU of Southern California told The Daily Caller Tuesday that Nolasco’s comments were not consistent with the ACLU’s stated policy but they support his right to freely express his opinion.

“Everyone in America has a Constitutional right to free speech, and the employees of the ACLU of Southern California are no exception. However, we wish to make clear that Luis Nolasco was not speaking on behalf of the ACLU at the Rialto City Council meeting and his statements are not consistent with our stated policy. Nevertheless, we support his right to freely express his personal opinion to his elected representatives,” the civil liberties group said.

According to his LinkedIn, Nolasco has been with the ACLU of Southern California since 2014 and is also the co-founder of the Inland Empire Immigrant Youth Coalition.

Imagine if a white person got up and said blacks and Hispanics should have no say in how their city is governed because they’re minorities.

They’d lose their jobs and be hounded by the media. The ACLU would look to file a suit against them.

Instead, since white people are the target, the ACLU defended Nolasco and acted as though the issue was whether or not he has “free speech.”

Bigger picture, this is “the Reconquista” movement in action, whereby the Southwestern United States is “reconquered” and turned back into Mexico.

Rather than being performed through an actual war, it’s simply being done through demographics. And as Luis Nolasco shows, it’s being done with utter contempt. 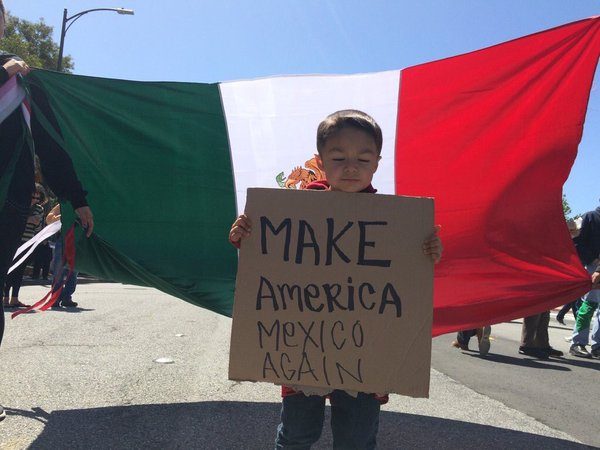 Luis Nolasco’s comments make clear that Mexican supremacists like himself, who are fully backed by the ACLU and other globalist groups, have no interest in living peacefully together in a “multicultural,” “diverse” society. Rather, they view themselves as a conquering force here to retake “their” land from evil, “hateful” white people whose time is limited.