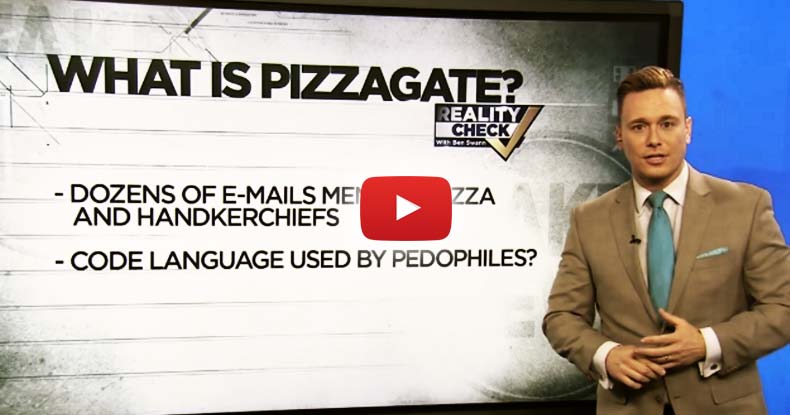 Atlanta, GA – Proving once again to be arguably the most fearless mainstream journalist in America, Ben Swann delves into the Pizzagate conspiracy. Pizzagate began as a crowdsourced investigation of elite-connected pedophilia after Redditors noticed strange code words being used in the Podesta emails released by WikiLeaks.

Initially, internet sleuths set out researching the Podesta emails to prove a pedophilia connection between convicted sex offender, Jeffery Epstein, and the Clintons. Bill Clinton is known to have traveled on Epstein’s private jet, nicknamed the “Lolita Express,” without Secret Service protection on numerous occasions – a seemingly suspicious move given Epstein’s proclivity for sex with underage girls.

The investigation, which began on Reddit, as the subreddit, r/Pizzagate, was unceremoniously banned in a first ever move by the social media company. After nixing it, Reddit put up a disclaimer stating that the subreddit was banned specifically for “the proliferation of personal and confidential information,” noting that, “We don’t want witch hunts on our site.”

The mainstream media has worked tirelessly to paint the entire investigation into Pizzagate as “fake news.” However, Swann, while noting that there is no smoking gun, does find numerous very strange connections that lend credibility to the theory — and asks the million dollar question.

With so many anomalous connections exposed by amateur internet sleuths — why has there been no formal investigation by state or federal law enforcement?

Watch below, as the mainstream media finally investigates the Pizzagate pedophilia conspiracy theory — and breaks it down step-by-step — you won’t be disappointed.