Someone sent this to me and it just made me giggle. Out loud. So I had to share it with you all.

CNN, the bastion of hardcore truthiness and trustworthy journalism (obvious sarcasm is obvious), reported Thursday that singer Nancy Sinatra, daughter of singer Frank Sinatra, was “unhappy” that Donald Trump is using her dad’s song “My Way”. 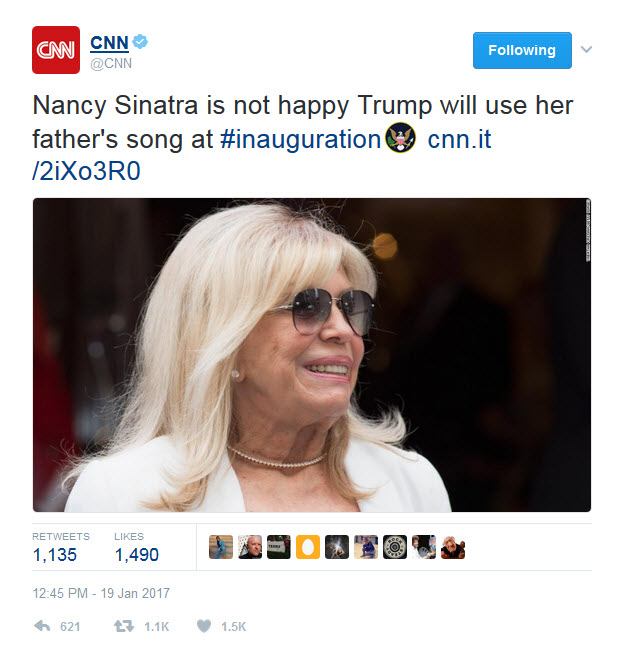 According to inauguration chairman Tom Barrack, Trump and his wife, Melania, have selected “My Way” by Frank Sinatra for their first dance as the first couple at the Liberty Ball on Inauguration Day.

Nancy Sinatra, when asked for a response about the song selection on Twitter, said, in a now-deleted tweet: “Just remember the first line of the song.”

The first line of the song is, “And now, the end is near.”

Nancy, however, had a different take on it, responding: 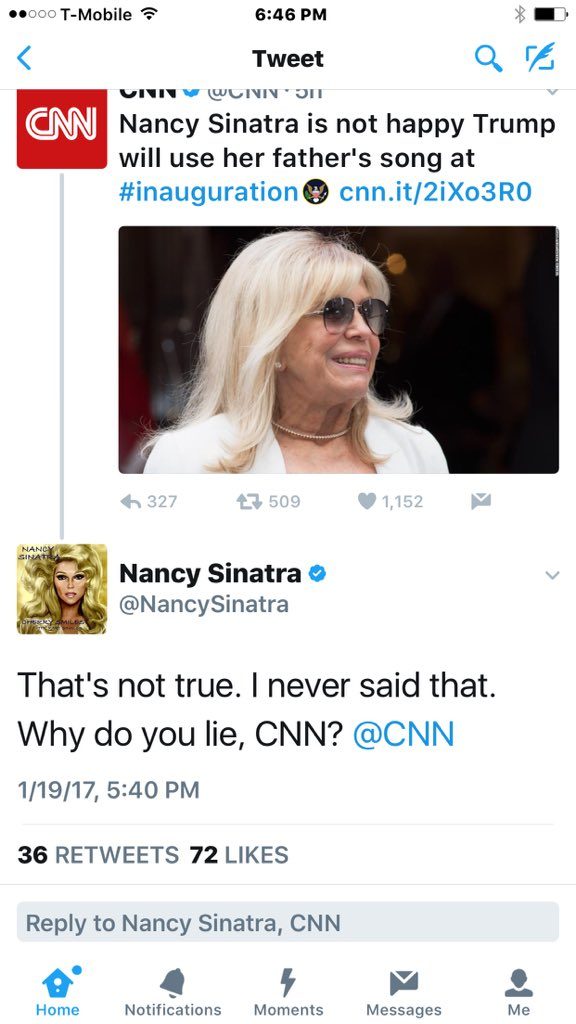 While the “These Boots Are Made for Walkin’” singer later deleted the Tweet, people saw it and took the outlet to task for being “fake news”. 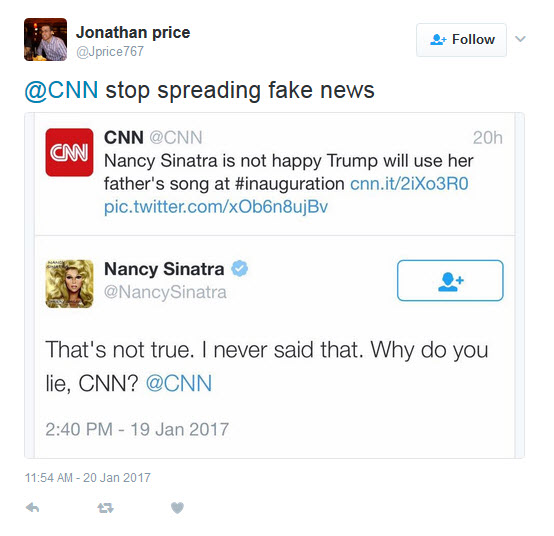 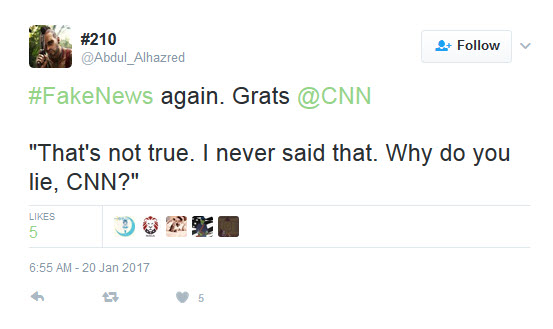 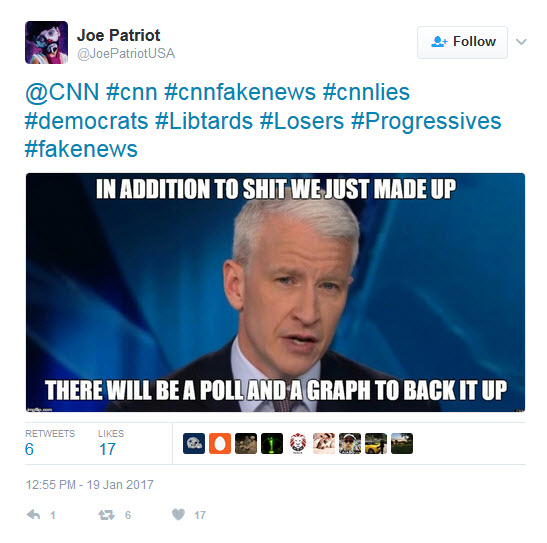 After putting their slanted version of reality up, CNN was forced to amend the original article:

Sinatra tweeted a link to this article, saying: “That’s not true. I never said that. Why do you lie, CNN?”

Sinatra deleted her tweet regarding the song after CNN published this article.

While that specific Tweet was deleted, others Sinatra posted in response to CNN’s post were left up, including this one daring CNN to “prove” she said it: 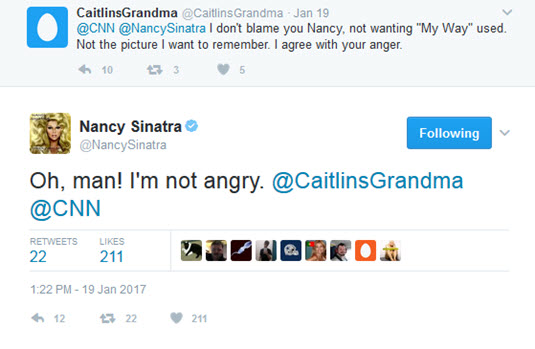 Other outlets followed CNN’s spin on the whole situation, prompting Nancy to also point out the comment about the first line of the song was a joke to begin with:

CNN… the most trust name in twisting reality.

It’s great to finally see people waking up to the fact that the mainstream media isn’t exactly the bastion of honesty and trustworthy information it portrays itself to be. More and more people are calling it out for the Orwellian propaganda factory it really is.