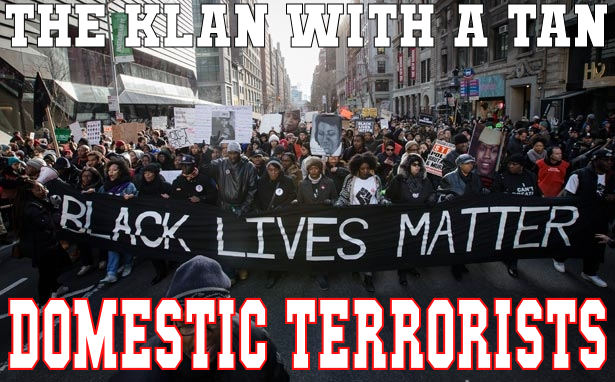 (INTELLIHUB) — As the corrupt corporate media continues their worship of the so-called Women’s March (which in reality is simply a Soros backed anti-Trump protest) details are emerging of Black Lives Matter protesters literally attacking women who tried to enter the inauguration while police stood by and refused to do their job.

Infowars Alex Jones has reported from Washington D.C. for the last two days and has detailed a series of disgusting attacks by BLM affiliated radicals on what seemed to be anyone, including women, who weren’t a part of the protests.

In one video report, Jones interviews a husband and his wife after they were attacked by Black Lives Matter protesters who literally used their fingernails to rip open the skin of the woman after she tried to enter the inauguration.

Shockingly, the couple also revealed that police actually stood down as the attack was happening, with one officer even saying that they were told to stand down by their commanding officer who supported BLM. That’s right, criminal attacks on Trump supporters were allowed to happen after some sort of illegal police stand down!

For their part the corporate media has totally ignored this, instead opting to continually hype leftist protesters and celebrities.

As we noted before, the corporate media literally hates Americans who are against globalism and are engaged in a full-scale disinformation operation to demonize anything Donald Trump while purposefully ignoring violent attacks against his supporters.