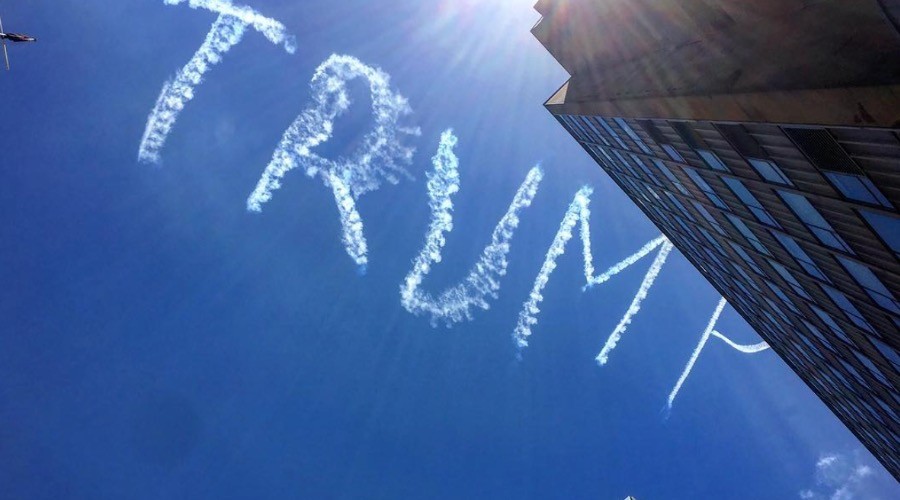 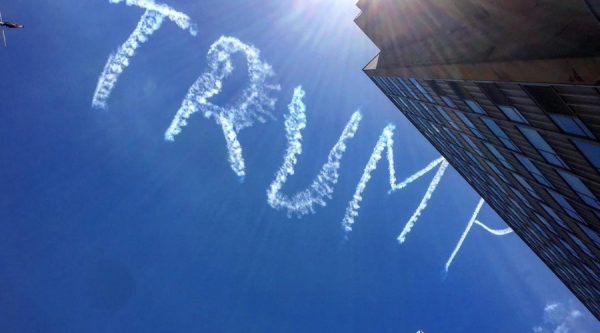 The era of the sh*tlord is upon us!

Skywriters emblazoned “Trump” high in the sky over a sunny Sydney as approximately 10,000 people took part in a march in support of women’s rights.

The Sydney march was part of a worldwide series of demonstrations calling for the protection of civil liberties in the wake of Donald Trump’s inauguration as president of the United States. Well over one million people around the world attended marches, with the largest taking place in Washington, DC.

Oh the irony. Women, men and children marching through the streets of #Sydney and #Trump appears in the sky #womensmarch #womensmarchsydney pic.twitter.com/BMzxFnCiqB

In an antagonistic move, a Trump supporter in Sydney paid a skywriting company to print the new US president’s name high in the sky as demonstrators marched below.

Someone decided to write Trump in the sky during the #WomensMarch pic.twitter.com/mywaYT2vLb

The job was carried out by Skywriting Australia at a cost of $4,000. A spokesperson for the company told The Guardian that the clients, who wanted to remain anonymous, specifically wanted the message to appear during the Women’s March.

There are no brakes on this train!