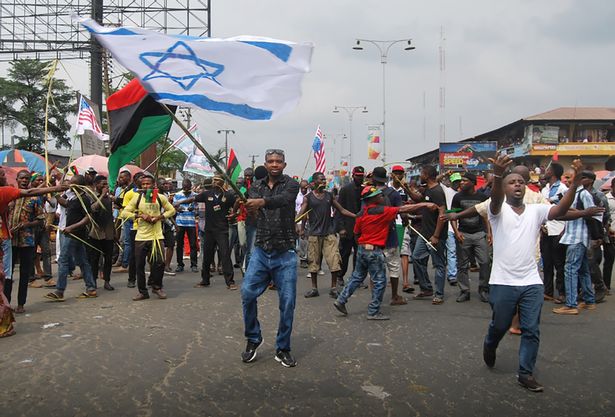 I am sure the anti-Trumpers will consider such action here in the States. They envy such savagery.

Friday’s rally in the southern Rivers state was organised by the Indigenous People of Biafra, which wants Mr Trump to support the creation of an independent Biafran state

The Biafrans were squashed by the Muslims when they tried to remove the yoke of Islamic tyranny back in 1967. Now they are being slaughtered for supporting Trump.

VIOLENT clashes between between police and pro-Trump demonstrators have left 20 dead and 200 still missing, according to the activist group’s organisers.

Donald Trump supporters came to blows with police and security forces as they were celebrating the Republican’s US election win, with 65 people being arrested and dozens more killed, local reports suggest.

While female rights groups and left wingers marched on Washington, a pro-Trump group from the Southern Rivers state in Nigeria held a rally of their own. House’

But trouble flared up when the Indigenous People of Biafra came to blows with police officers as they marched through the streets waving American flags and shouting anti-Nigerian government slogans.

A spokesman for the group claims 20 people are dead and 200 more are still missing.

However, police deny these claims, saying there were no deaths and 65 arrests.Pro-Trump supporter Ugochukwu Chinweuba claimed lawyers are working to locate and release those arrested by police.Mr Chinweuba said he supported the new American President because he wanted “self governance” for his region, something the Nigerian government strongly opposes.The Republican-backing demonstrations in Nigeria were in sharp contrast to rallies taking place across the world – in India thousands of women’s rights campaigners marched in solidarity against Donald Trump’s perceived sexism. 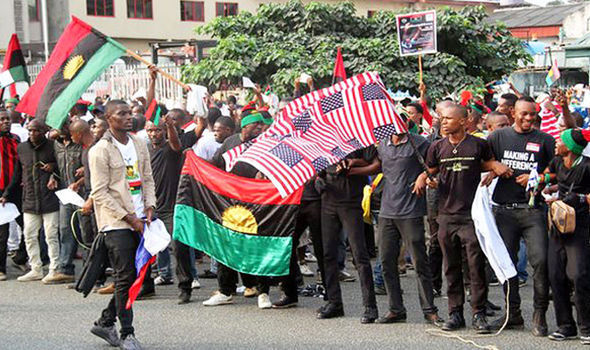 The Nigerian pro-Trump group clashed with police during their demonstration 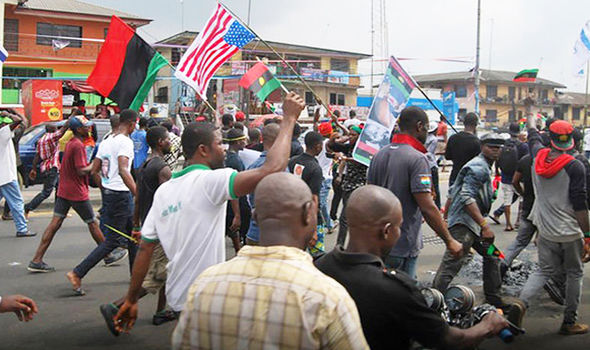