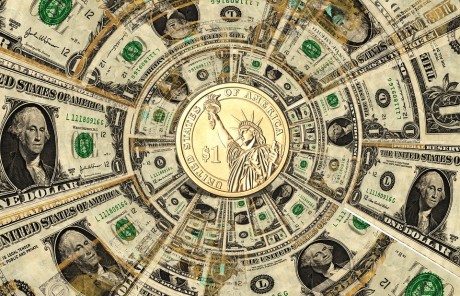 While most of the country has been focused on the inauguration of Donald Trump, a very real crisis has been brewing behind the scenes. Foreigners are dumping U.S. debt at a faster rate than we have ever seen before, and U.S. Treasury yields have been rising. This is potentially a massive problem, because our entire debt-fueled standard of living is dependent on foreigners lending us gigantic mountains of money at ultra-low interest rates. If the average rate of interest on U.S. government debt just got back to 5 percent, which would still be below the long-term average, we would be paying out about a trillion dollars a year just in interest on the national debt. If foreigners keep dumping our debt and if Treasury yields keep climbing, a major financial implosion of historic proportions is absolutely guaranteed within the next four years.

One of the most significant aspects of the “Obama legacy” is the appalling mountain of debt that he has left behind. As I write this article, the U.S. national debt is sitting at 19.944 trillion dollars. During Obama’s eight years, a staggering 9.3 trillion dollars was added to the national debt. When you break that number down, it comes to more than a hundred million dollars every single hour of every single day while Obama was living in the White House. In just two terms, Obama added almost as much to the national debt as all of the other presidents before him combined.

What Obama and the members of Congress that cooperated with him have done to future generations of Americans is beyond criminal.

Unfortunately, hardly anyone is talking about this right now, but the consequences are about to start catching up with us in a major way.

The only possible way that our game of “borrow, spend and stick future generations with the bill” can continue is if the rest of the world participates. In other words, we need them to continue to buy our debt.

Unfortunately for us, a major shift is now taking place. According to Zero Hedge, the most recent numbers that we have show foreigners dumping more than 400 million dollars of U.S. debt over the past 12 months…

This isn’t a catastrophic emergency just yet, but if we continue down this road we will eventually get there. The only way that the U.S. government can continue on with business as usual is if it can continue to borrow billions upon billions of dollars at ultra-low interest rates. Now that Treasury yields are rising, some people are beginning to get quite nervous…

As we pointed out one month ago, what has become increasingly obvious is that both foreign central banks, sovereign wealth funds, reserve managers, and virtually every other official institution in possession of US paper, is liquidating their holdings at a disturbing pace, something which in light of the recent surge in yields to over 2 year highs, appears to have been a prudent move.

In some cases, like China, this is to offset devaluation pressure; in others such as Saudi Arabia and other petroleum exporting nations, it is to provide the funds needed to offset the drop in the petrodollar, and to backstop the country’s soaring budget deficit. In all cases, it may suggest concerns about a spike in future debt issuance by the US, especially now under the pro-fiscal stimulus Trump administration.

Someday historians are going to look back in horror at what took place during the Obama years.

The amount that was added to the national debt during his years comes to “approximately $75,129 for every person in the United States who had a full-time job in December”. There is no possible justification for this. But because there haven’t been any catastrophic consequences so far, most people assume that this theft from future generations of Americans must be okay.

In a previous article, I explained that government debt greatly stimulates the economy. If we had not borrowed and spent 9.3 trillion dollars over the past eight years, we would be in the worst economic depression in U.S. history right now.

And even with all of Obama’s recklessness, he was still the only president in all of U.S. history not to have a single year when U.S. GDP grew by at least three percent. The following comes from the Hill…

Despite the trillions of dollars in government spending pumped into the economy every year under Obama, America has never once enjoyed an annual GDP growth rate at 3 percent or higher, making Obama the least successful president—at least when it comes to economics—in modern history.

A historically sluggish GDP isn’t the only concern worth mentioning. Under Obama’s tenure, average annual food stamp enrollment has risen by more than 15 million (compared to 2008). The home ownership rate is the lowest it has been since 1995, the earliest year provided in the U.S. Census Bureau’s most recent report. The Bureau of Labor Statistics reports more than 590,000 Americans say they are not in the labor force because they are discouraged, a figure that’s 26 percent higher than even the worst annual average under George W. Bush. Additionally, the employment-population ratio has been continuously below the 60-percent threshold under Obama; the last time it was this low was 1985.

Now that Donald Trump is president, he is going to have some very hard choices in front of him.

If Donald Trump and the Republicans stop borrowing and spending so much money, the economy will immediately start suffering.

But if they do continue down the same path that Obama put us on, it is a recipe for national suicide.

So either we take our medicine now, or we risk completely destroying the bright future that our children and grandchildren were supposed to enjoy.

Wake up America, because time is running out.