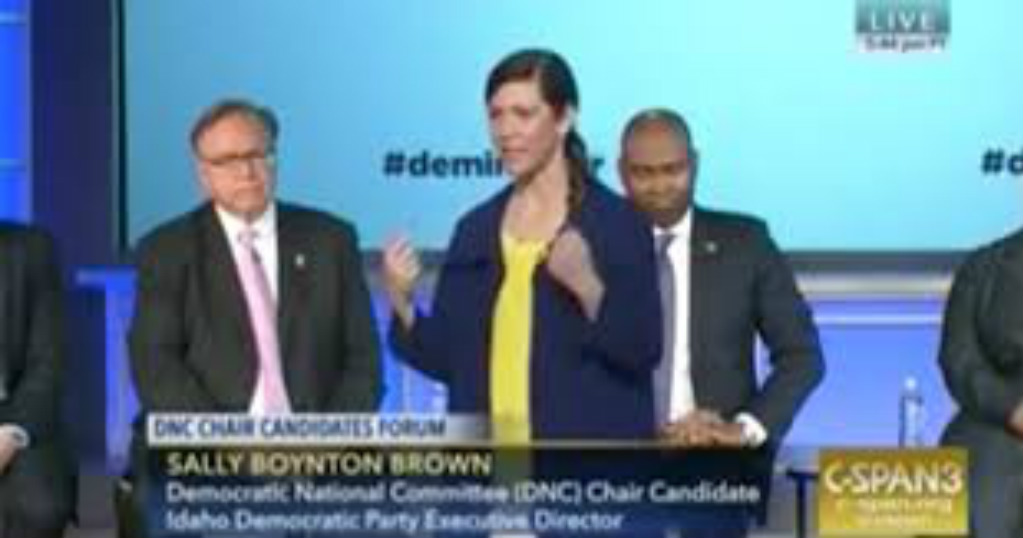 South Carolina Democratic chairman Jaime Harrison pinned most of the blame for Trump’s win not on an overwhelming resistance to globalism but on liberals hiring white consultants.

“We have to stop, particularly with the consultants,” said Harrison. “You cannot come to the DNC and get a contract and the only minority face you have is the person answering the phone.”

The nights most stunning comments came courtesy of Idaho Democratic Party executive direction Sally Boynton Brown who made clear several times that she believes that the Democratic Party needs to push further into identity politics despite the overwhelming disgust for it throughout America.

Speaking about supposed prejudice in her own party, Brown went on to directly say that she believes her job is to get further training in order to shut white people up.

‘It makes me sad that we’re even having that conversation and that tells me that white leaders in our party have failed,” Brown said.

“I’m a white woman, I don’t get it, my job is to listen and be a voice and shut other white people down when they want to interrupt.’

Brown continued, “We pull people in and they are volunteers. They don’t know anything and we send them out to have conversations with people, hard conversations. We promote them to chair of a party where they have power and they have no clue what they are doing. We have to at the DNC provide training. We have to teach them how to communicate. How to be sensitive and how to shut their mouths if they are white. So I think I made my point.”

So there you have it. The “new” Democratic Party apparently believes that the best way to beat Trump in four years is to shut pesky white people up.