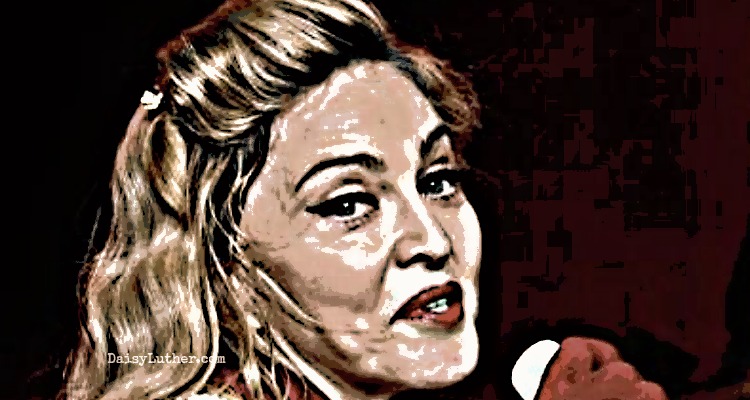 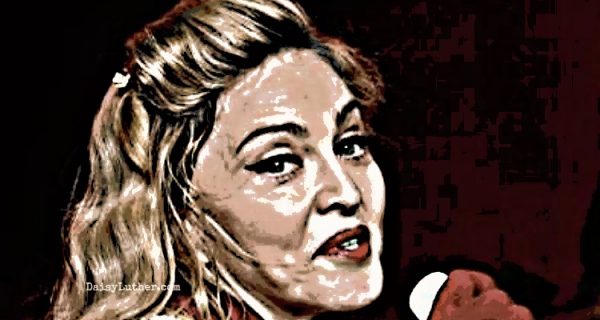 Madonna is so desperate to remain relevant that she publicly discussed her “thoughts” about blowing up the White House. It seems that she has to go to greater lengths all the time to remain in the public eye.

The aging pop star put herself back in the headlines with her comments at the Women’s March in Washington DC. Between a diatribe full of f-bombs, a suggestion that Trump “suck a d***,” and a very poorly rendered song, she said:

“I’m angry. Yes, I’m outraged. Yes, I have thought an awful lot about blowing up the White House,” Madonna said. “But I know that this won’t change anything. We cannot fall into despair.” (source)

She probably isn’t going to do it. After all, she never followed through on her last public promise either. You know, the one in which she offered to fellate everyone in New York City who voted for Hillary Clinton.

The singer said that this threat against the White House was “taken out of context.” (That’s certainly one point on which she and Pres. Trump can relate.) The BBC reports a significant backtrack from the star:

Madonna has now said her remarks were taken “wildly out of context”.

“I am not a violent person, I do not promote violence and it’s important people hear and understand my speech in its entirety rather than one phrase,” she posted on Instagram.

She added she was trying to express there are two ways to respond to Donald Trump’s election – with hope or with anger – and said she wanted to start a “revolution of love.”

Yeah, her speech sounds like a revolution of love, all right.

The Secret Service will be investigating.

A spokesman for the Secret Service told The Gateway Pundit the agency is aware of the comment by aging pop star Madonna made at a large liberal women’s protest against President Donald Trump held in Washington, D.C., Saturday, that she has “thought an awful lot about blowing up the White House.” The spokesman said an investigation would be opened but that the decision to prosecute rests with the U.S. Attorney’s office. (source)

Here’s her eloquent response, which has since been removed from Twitter.

Madonna has no problem being as repugnant as possible to get attention.  You may recall a few years back when she was a guest in Istanbul, a conservative Muslim country. She deliberately flashed her 53-year-old nipple at the crowd, a blatant sign of disrespect for the culture there.

Anyway, back to the current issue, which is her thinking about blowing up the White House.

Daisy is a coffee-swigging, gun-toting, homeschooling blogger who writes about current events, preparedness, frugality, and the pursuit of liberty on her websites, The Organic Prepper and DaisyLuther.com She is the author of 4 books and the co-founder of Preppers University, where she teaches intensive preparedness courses in a live online classroom setting. You can follow her on Facebook, Pinterest,  and Twitter,.