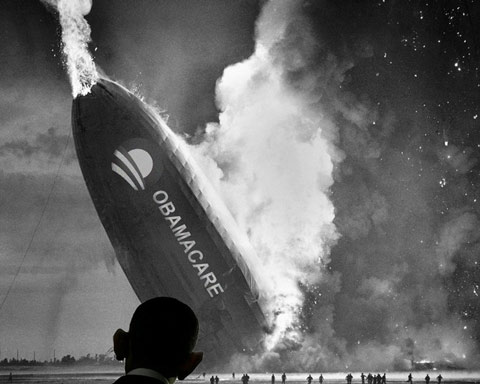 A few hours after taking the oath of office on Friday, President Donald Trump signed an executive order that directs federal agencies to use their authority to relieve individuals, businesses, state governments, and others from the economic burdens of the “Affordable” Care Act.

This move may even include the hugely unpopular mandate (ahem, extortion) that requires most Americans to purchase insurance.

Section 1 of the order reads:

It is the policy of my Administration to seek the prompt repeal of the Patient Protection and Affordable Care Act (Public Law 111-148), as amended (the “Act”). In the meantime, pending such repeal, it is imperative for the executive branch to ensure that the law is being efficiently implemented, take all actions consistent with law to minimize the unwarranted economic and regulatory burdens of the Act, and prepare to afford the States more flexibility and control to create a more free and open healthcare market.

During his campaign, Trump promised to dismantle the ACA should he be elected, and it appears he is going to do what he can to keep that promise.

It is important to understand, though, that this executive order does not actually repeal Obamacare: only Congress can repeal the law. But, the order effectively tells the federal government to take as much leeway as possible to “ease the burdens” on individuals, states, and the health industry.

Judge Napolitano said that Trump is telling government agencies to proceed with the expectation that the law will be repealed soon, especially with regard to tax penalties.