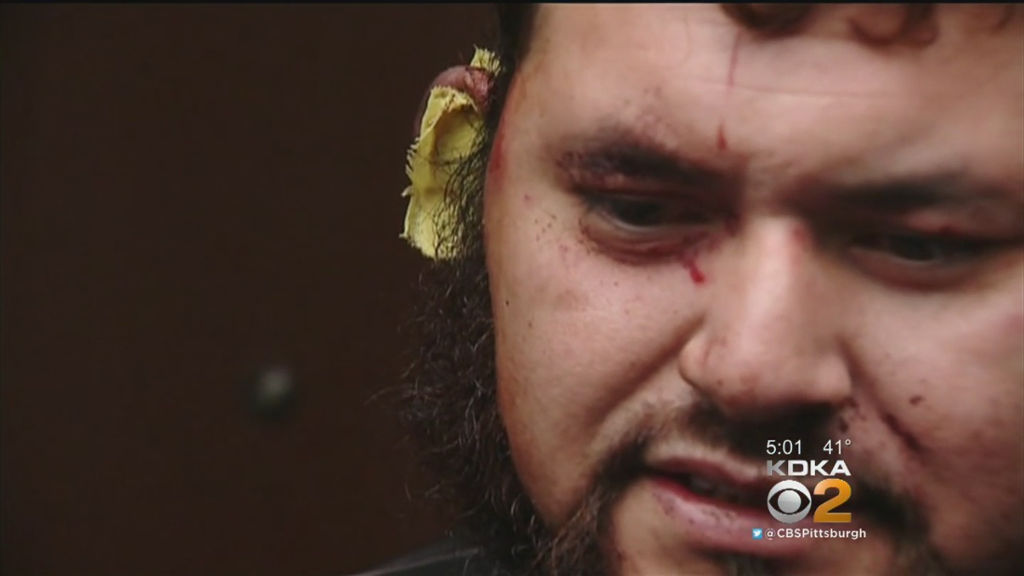 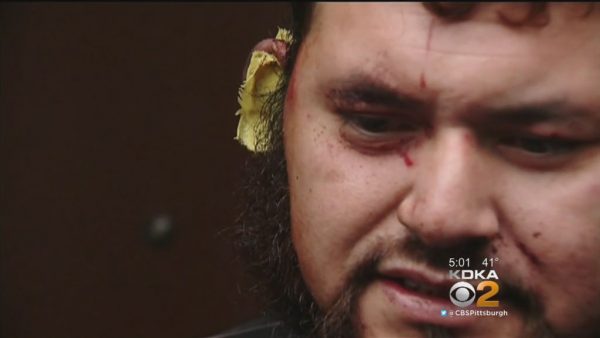 An illegal immigrant fearful Trump is going to “take him out” bit his roommate’s ear off Monday and threatened to go on a mass murder spree, saying it would make him “happy.”

The man is currently on the run.

PITTSBURGH — Pittsburgh police say part of an East Liberty man’s right ear was bitten off by his roommate Monday morning during what investigators describe as an argument over President Donald Trump.

Ortiz told Pittsburgh’s Action News 4 that his roommate — whose name has not been released by police — was drunk, angry over repeatedly losing money on the lottery and worried about what Trump will do as president.

Ortiz said that he and his roommate are from Mexico, and that the roommate feared Trump would force him and other immigrants out of the United States.

For whatever reason, they left out the fact his illegal immigrant Mexican roommate threatened to go on a mass murder spree.

“Anytime he’s drinking, he’s going crazy,” Ortiz says in a video report from Reuters. “All he would say is ‘if Donald Trump gonna take me out I gotta kill so many people, then somebody kill me and I am happy.'”

This is why we need a deportation force.