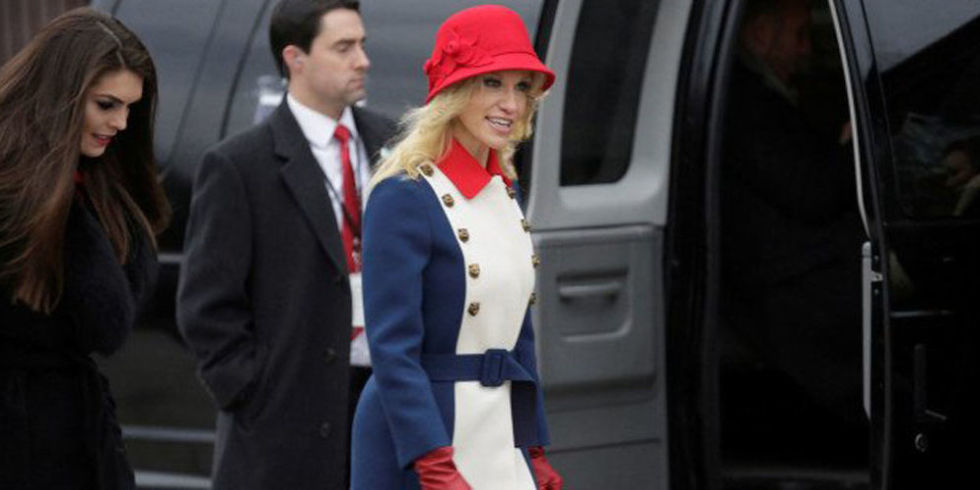 (INTELLIHUB) — Since the moment that Kellyanne Conway took over as a senior adviser to Donald Trump, hard left radicals, with the help of the corporate media, have relentlessly attacked her and now it seems as if someone has taken it a step further.

Speaking to Sean Hannity, Conway detailed the fact that she is now receiving secret service protection after suspicious white substances were sent directly to her home!

“Because of what the press is doing now to me, I have Secret Service protection,” Conway said. “We have packages delivered to my house with white substances. That is a shame.”

As Conway noted, this was most likely done because of intense disinformation orientated attacks on her throughout the corporate media which just can’t seem to grasp that a women is at the height of power within the new Trump Administration.

While the culprit could be anyone, it is interesting to note that an actual former terrorist was a key force behind one of the major anti-Trump protest groups that sprung up in the wake of Trumps stunning November victory

As I reported in December, “A group of hard left activists planned a massive disruption in Washington D.C. on the day of Donald Trump’s inauguration with the stated goal of shutting it down.”

One has to wonder if a confused young America saw this blatant promotion of a soft coup by the likes of Bill Ayers and, after it failed miserably, then took the next step in attacking those close to the president-elect.

Whatever the case, one can only hope that the Secret Service agents tasked with protecting Conway after these direct threats are up to the task.