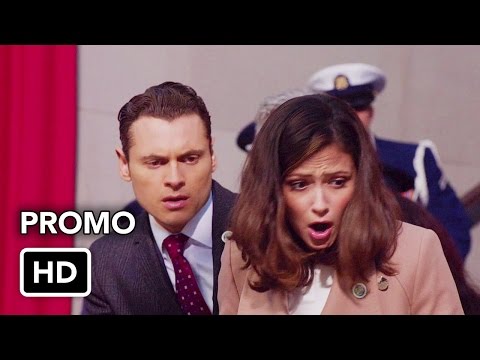 ABC aired a promo for a show about a fictional president being shot during their much hyped interview with Donald Trump last night.

The clip is a promo for episode 11 of the ABC show Designated Survivor, in which Kiefer Sutherland plays an obscure cabinet secretary who is “unexpectedly thrust into the presidency after an attack at the capitol during a State of the Union address.”

The scene shows the fictional president attending the swearing in of a Congressman before a gunshot is heard and panic ensues.

“Who took the bullet?” asks the promo before the scene cuts to a hospital as surgeons operate on the victim.

Viewers did not find out in the previous cliffhanger episode if the president in the show was shot or if someone else “took the bullet,” although the implication that the president could have been the victim is clear.

One viewer complained to Infowars that he thought the airing of the ad during the interview with Trump was “distasteful”.

The idea of Trump being assassinated has repeatedly been invoked by commentators, journalists and television networks.

Back in February last year, New York Times columnist Ross Douthat caused outrage after he joked about how an assassination attempt could end Donald Trump’s presidential campaign. Douthat tweeted a clip from a movie in which a political figure is gunned down by an assassin.

The day before his inauguration, CNN aired a piece asking what would happen if Trump was killed in an attack, along the same lines as the plot in Designated Survivor.

As we reported yesterday, German newspaper publisher and editor Josef Joffe appeared on a panel show during which he “joked” that someone in the White House could “murder” Trump to end his presidency.