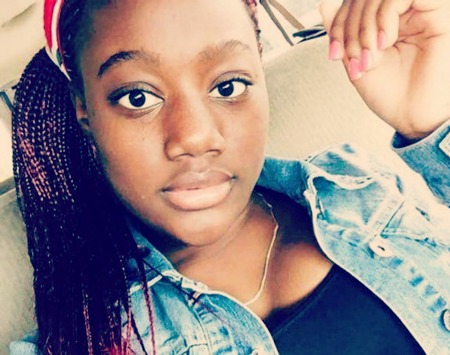 Last Sunday, a 14-year-old girl hanged herself in the bathroom of her foster home and broadcast the heartbreaking event on Facebook Live.

Nakia Venant livestreamed from the foster home in Miami Gardens for two hours, eventually creating a noose with a scarf.

At least one of her friends called the police, but gave the wrong address.

Emergency workers rushed to the wrong house and learned of Nakia’s correct address – where they later found her hanging in the bathroom as her foster parents slept.

She was rushed to Jackson North Hospital, where she was pronounced dead.

Nakia had a rough life. The Daily Mail reports that the girl was put into foster care because of allegations her mother was beating her. She was sexually assaulted by another foster child when she was seven, and has bounced between 10 homes and shelters and her biological mother’s care since.

“I asked the foster care people to take care of my baby and instead she killed herself on Facebook,” she said during a press conference.

“Tragically, we are here talking about another child among this horrific list, this horrific history of foster care privatization in Florida,” he said.

Talenfeld said that the sexual abuse and constant upheaval gave Nakia behavioral problems, and she had exhibited dangerous and self-destructive behavior. Case workers knew she had serious mental health problems, but the foster care system never gave her the help she needed, he said.

The courts had ordered intensive therapy for Nakia, and she was hospitalized under Florida’s Baker Act last year after it was determined she was a danger to herself, reports the Sun-Sentinel.

The Florida Department of Children and Families said Wednesday that it legally cannot discuss the specifics of Nakia’s history with the agency.

Secretary Mike Carroll said in a statement that an investigation into her death is underway and will include experts on teen suicide and the influence of social media:

“This is an extraordinarily complex case that deserves our careful examination. Our review will survey all of her interactions with the child welfare system and the multifaceted circumstances surrounding this tragedy.”

Nakia is at least the third person nationally to livestream their suicide in the last month.

In a statement to the Miami Herald provided by spokeswoman Christine Chen, Facebook said the company takes seriously its responsibility to keep people safe on its site:

Our Community Standards regulate what kinds of content can be shared on Facebook. Our teams work around the clock to review content that is being reported by users, and we have systems in place to ensure that time-sensitive content is dealt with quickly.

The vast majority of people are using Facebook Live to come together and share experiences in the moment with their friends and family. But if someone does violate our Community Standards while using Live, we want to interrupt these streams as quickly as possible when they’re reported to us. So we’ve given people a way to report violations during a live broadcast. We also suggest people contact law enforcement or emergency services themselves if they become aware of something where the authorities can help.

Daniel J. Reidenberg, executive director of Suicide Awareness Voices of Education, told the AP that more suicidal people have been saved by Facebook, livestreaming and other social media than have killed themselves because of it, but those incidents don’t get exposure:

“It gives (suicidal people) the opportunity to connect with somebody who cares about them, who says the right thing on a post or is watching and reaches out to them. Those opportunities don’t exist without livestreaming.”

But Ryne Sherman, an associate professor of psychology at Florida Atlantic University, cautioned that livestreamed suicides have the potential to create something like suicide clusters and copycats.

“Social media takes this to a whole new level. This isn’t a newspaper report — this has the potential to spread much quicker and to a broader audience.”

For information on suicide prevention, please see September Is Suicide Prevention Awareness Month: Here’s What You Need to Know