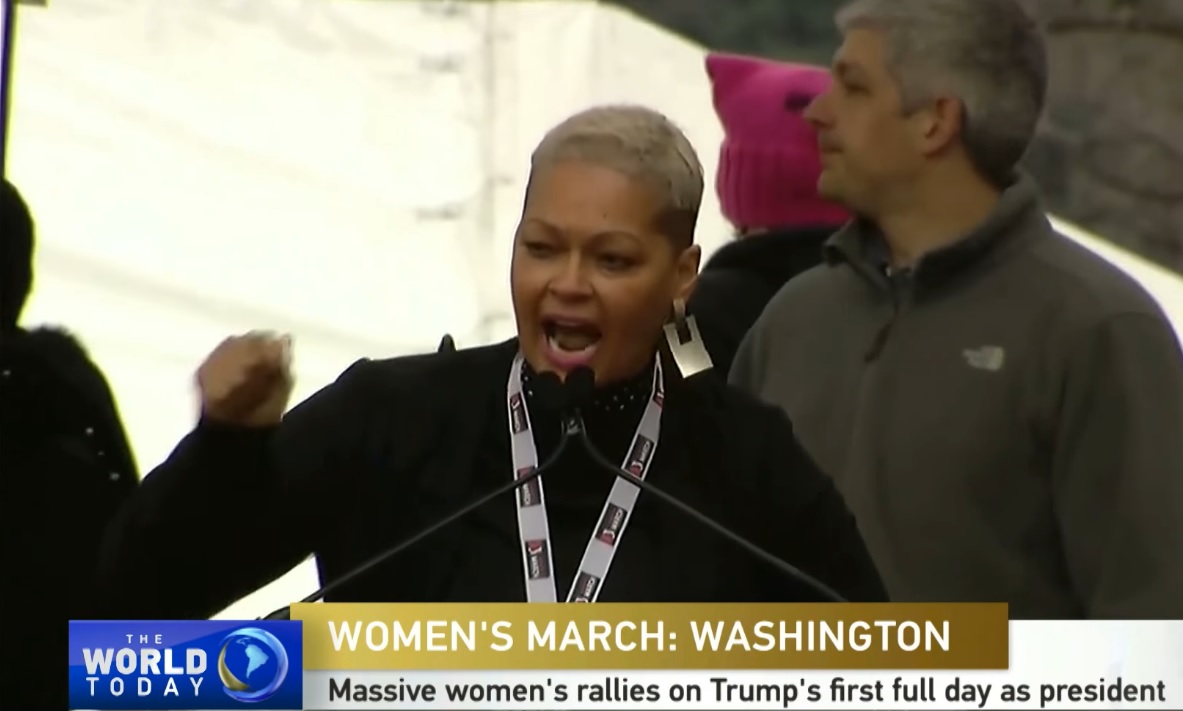 When the speakers at the Women’s March in Washington DC last week said they were “nasty women,” they weren’t kidding.

One speaker at the march, Donna Hylton, is a convicted felon who took part in the kidnapping, torturing, sodomizing and murder of an old man.

Hylton, along with three men and three other women, kidnapped 62-year-old real-estate broker Thomas Vigliarolo and held him for ransom, before eventually killing him. As noted in a 1995 Psychology Today article, when asked about forcibly sodomizing the victim with a three foot steel pole, one of Hylton’s accomplices replied: “He was a homo anyway.”

Speaking about Hylton, New York City Detective William Spurling told Psychology Today: “I couldn’t believe this girl who was so intelligent and nice-looking could be so unemotional about what she was telling me she and her friends had done. They’d squeezed the victim’s testicles with a pair of pliers, beat him, burned him.”

According to that same article, Hylton delivered a ransom note to a friend of Vigliarolo’s asking for more than $400,000, even though the victim was already dead by that point. A 1985 article in The New York Times, which misspelled Donna’s last name as “Hilton,” put the ransom demand at $435,000. For her participation in the murder, according to Psychology Today, Hylton was sentenced to 25 years in prison.

Despite being a sadistic killer, she now works as a professional victim whining about inadequate conditions in America’s prisons. From the description of her heinous crime, it sounds like she was lucky she didn’t get the death penalty.

[Correction: An earlier version of this story stated the victim was a homosexual. That was incorrect. One of the assailants stated they thought he was homosexual.]