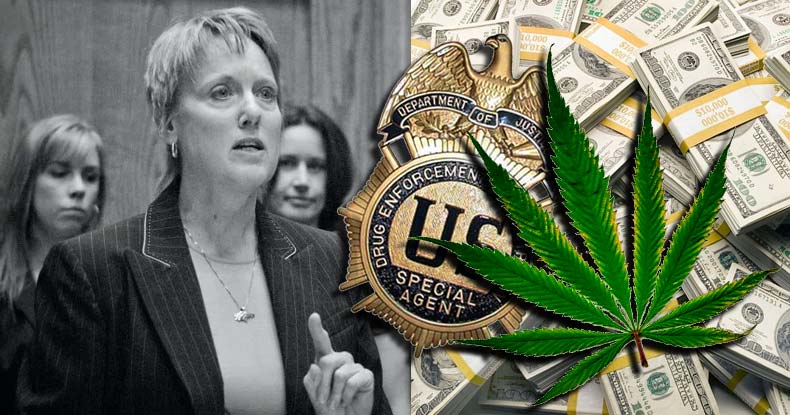 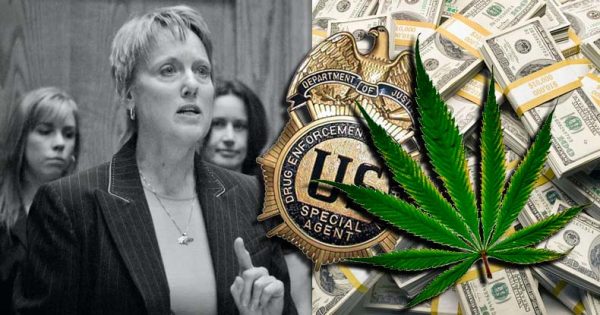 A former “chief propagandist” for the Drug Enforcement Agency (DEA), now turned cannabis advocate, made startling comments at the recent Marijuana for Medical Professionals Conference in Denver, Colorado. There, Belita Nelson described what many of us suspected – the DEA is corrupt to the bone and full of lies.

“Marijuana is safe, we know it is safe. It’s our cash cow and we will never give up,” Nelson said to the audience of doctors and nurses, describing the modus operandi of the DEA.

“Nelson represented the DEA in the international media from 1998 to 2004. She did regular appearances on the talk show circuit, including the Oprah Winfrey show and Nightline, espousing the dangers of cannabis. Today she advocates for its medical use, specifically in the treatment of chronic traumatic encephalopathy (CTE) in professional football players through an organization she founded: The Gridiron Cannabis Foundation.”

It didn’t take long for Nelson to realize cannabis has medical benefits. In 2000, she was watching her close friend suffer from late-stage cancer, losing more than 50% of his weight and no longer being able to eat or sleep.

Being aware of cannabis’ ability to treat these symptoms, Nelson procured some for her friend, who, along with a better diet, was able to live nine more years. Nelson even grew the cannabis herself, knowing black market products were potentially unsafe.

In 2004, Nelson was investigating a heroin epidemic in Plano, Texas and discovered that some addicts were kicking their opioid addictions by turning to cannabis. At this point she could no longer continue pushing propaganda for the DEA when it was clear to her cannabis was a life-saving plant.

Nelson resigned in 2004, and went out with a bang.

She said she left the office screaming, “You know this is safe and you are keeping it from people who are sick! I am not taking your money and you better worry about what I am going to say!”

Sure enough, Nelson turned her passion into something positive. She moved to Colorado and began advocating for medical cannabis. In 2014, she focused her energy on using cannabis to help treat CTE and other traumatic brain injuries, setting up a holistic clinic with former Denver Broncos player Rick Upchurch.

CTE, a degenerative brain disease caused by repeated head trauma, kills many former football players. The Gridiron Cannabis Foundation hopes to convince the NFL to allow players to use medical cannabis to counter the onset of CTE.

Regarding her time at the DEA, Nelson has a succinct way to describe the agency.

“If you think the DEA are the good guys, they are not. They are really not. We are talking corruption on steroids.”

The DEA refused to reschedule cannabis from a Schedule 1 drug in 2016 when it had the opportunity, somehow concluding that ‘more research is needed’ to show cannabis has medical benefits. The only explanation for maintaining the absurd Sch. 1 classification for this miraculous healing plant is to protect Big Pharma, which knows cannabis is a threat to their profits.

As we reported recently, DEA continues to tell 25 lies on its website about the purported dangers of cannabis, even though they refuted these very lies in 2016. This willful deception is in violation a federal law called the Information Quality Act.

The DEA is the biggest obstacle to freedom and health options. It is abundantly clear that corruption and lies – not the interest of the American people – is what drives this agency to continue its tyranny.

Edit, 1/29/17: Nelson was interviewed by The Hemp Connoisseur Magazine in 2013, where she explained how she caught the attention of DEA in 1998. Nelson’s son was fighting heroin addiction, and she had set up a non-profit organization to help addicts get treatment, while speaking out against drugs. The $10,000 DEA offer in 2004 was part of an effort to turn Nelson into a confidential informant — against those she was helping with her non-profit.

“In 2004, the agency came to her with a proposal: give agents useful information gained from patients in her drug treatment program, and they would pay her $10,000 a month. It was an offer that she would refuse on ethical, as well as legal, grounds. Doing so would prove to be absolutely disastrous to her career.

“The War on Drugs has corrupted law enforcement to the point where the DEA is indistinguishable from the cartels,” says Belita in her interview with The Hemp Connoisseur Magazine. This lack of ethics on the part of law enforcement drove Belita to the stance she currently holds in regards to currently illegal drugs: “The only solution is legalization— full legalization. For all drugs.”