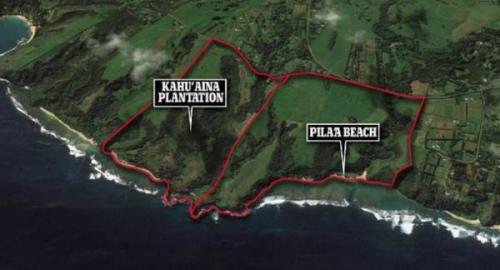 Mark Zuckerberg, 32, has a mind-boggling net worth of $55.4 billion from being co-founder, chairman and CEO of Facebook.

In a Facebook post, Zuckerberg, who has ambitions to be POTUS, piously denounced President Trump’s executive orders on illegal immigration and refugees from Muslim-majority countries:

“My great grandparents came from Germany, Austria and Poland. Priscilla’s parents were refugees from China and Vietnam. The United States is a nation of immigrants, and we should be proud of that.

Like many of you, I’m concerned about the impact of the recent executive orders signed by President Trump.

We need to keep this country safe, but we should do that by focusing on people who actually pose a threat.

Expanding the focus of law enforcement beyond people who are real threats would make all Americans less safe by diverting resources, while millions of undocumented folks who don’t pose a threat will live in fear of deportation.

We should also keep our doors open to refugees and those who need help. That’s who we are.”

In writing that FB post, Zuckerberg engages in a false equivalence between legal immigrants and illegal aliens. The latter are people who came to the U.S. without our permission and remain here in violation of our laws. That makes them criminals, not “undocumented immigrants”. Allowing and tolerating criminals not only makes a mockery of our country’s immigration laws, it is also grossly unfair to those who apply to immigrate and patiently await their applications to be granted.

Meanwhile, As reported by The Garden Island, the same Mark Zuckerberg has erected a massive, 6-ft. rock wall around his 700-acre beachfront property on the north shore of Kauai, Hawaii, which he had bought for $100 million in 2014.

“The feeling of it is really oppressive. It’s immense. It’s really sad that somebody would come in, and buy a huge piece of land and the first thing they do is cut off this view that’s been available and appreciative by the community here for years.”

“I’m super unhappy about that. I know that land belongs to Zuckerberg. Money is no option for him. I’m 5’8” and when I’m walking, I see nothing but wall. It just doesn’t fit in with the natural beauty that we have here. There are people on the island whose money can pay for anything. These kind of things that they do take away what Kauai is all about.”

“It’s hot behind that wall. Because it’s up on a berm, there’s not a breath of air on this side from the ocean. You take a solid wall that’s 10 or more feet above the road level; the breeze can’t go through.”

Zuckerberg’s massive estate also includes thousands of feet of pristine shoreline that are now barred to the public.