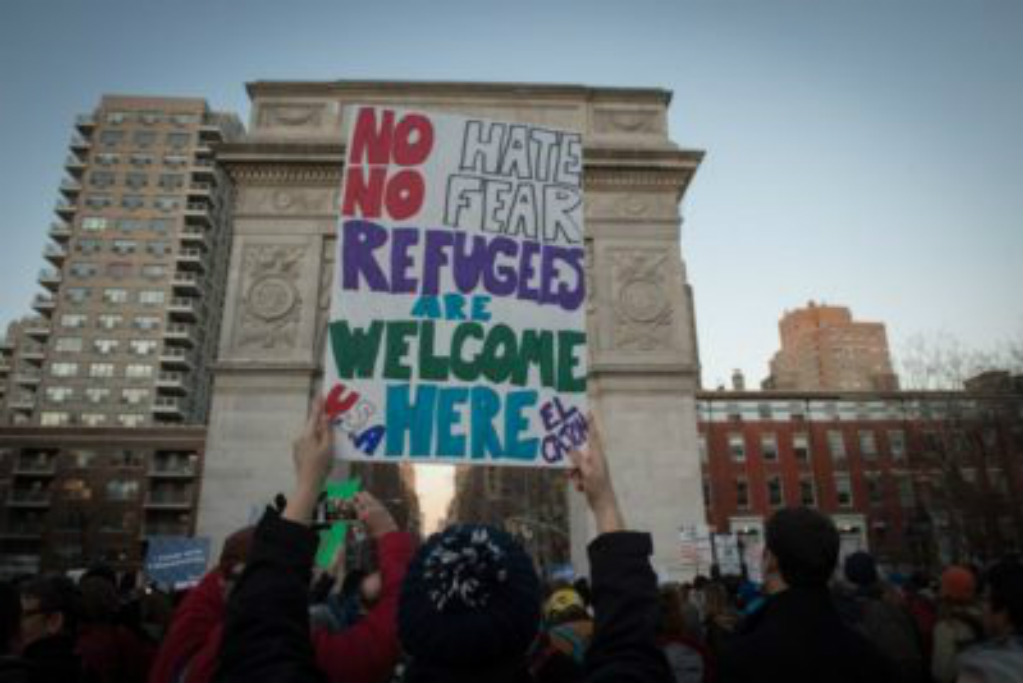 Jimmy Carter and Obama had immigration bans that lasted six months or more. President Obama banned Iraqi refugees. He all but banned Christians seeking asylum from Islamic oppression, violence and creed apartheid under sharia. President Carter “invalidate[d] all visas issued to Iranian citizens for future entry into the United States.”

“The State Department stopped processing Iraq refugees for six months in 2011, federal officials told ABC News – even for many who had heroically helped U.S. forces as interpreters and intelligence assets.”

One Iraqi who had aided American troops was assassinated before his refugee application could be processed, because of the immigration delays, two U.S. officials said. In 2011, fewer than 10,000 Iraqis were resettled as refugees in the U.S., half the number from the year before, State Department statistics show.

We are knee deep in left-wing manure this week. Previous bans by former Presidents were imposed with little notice by leftists and their armies of chaos.

First off, the enemedia’s designation of Trump’s immigration policy as a “Muslim ban” is specious and false.

These violent protests are not anti-Trump, they are anti-America, anti-Freedom, anti-you-and-me. They want us to live under their boot of subjugation, oppression and statism.

Heavy: Obama’s administration did stop processing all applications for Iraqi refugees for a six-month time period. (Jimmy Carter and Chester Arthur were also among presidents to restrict immigration by nation state).

A 2013 ABC News article reported, “The State Department stopped processing Iraq refugees for six months in 2011, federal officials told ABC News – even for many who had heroically helped U.S. forces as interpreters and intelligence assets.”

Obama during his final press conference as President. (Getty)

The network reported that, as a result, an “Iraqi who had aided American troops was assassinated before his refugee application could be processed, because of the immigration delays.”

There was some precedent for this. In 1980, according to Politifact, Jimmy Carter “ordered administration officials to ‘invalidate all visas issued to Iranian citizens for future entry into the United States.’”

Here’s specifically what Carter said in his address announcing those sanctions: “…the Secretary of Treasury [State] and the Attorney General will invalidate all visas issued to Iranian citizens for future entry into the United States, effective today. We will not reissue visas, nor will we issue new visas, except for compelling and proven humanitarian reasons or where the national interest of our own country requires. This directive will be interpreted very strictly.”

The Carter measure came in the height of tensions over the Iran hostage crisis. Carter also ordered Iranian students to report to U.S. immigration. Trump’s order affects more countries but appears also tailored to nation states rather than the religious test he floated during the presidential campaign. However, because they are all Muslim majority and some minority religions are exempt from the ban, some are criticizing Trump for ordering what they are deeming a “Muslim ban.” He denies it amounts to one. The courts will ultimately decide.

As for President Chester Arthur, in 1882, he “signed the Chinese Exclusion Act, which stopped Chinese immigration for 10 years…The ban also prevented Chinese persons from becoming U.S. citizens, and the exclusion was subsequently extended permanently through later legislation,” reported ABC News.

In 1917, during World War I, Congress passed legislation that barred “most Asian nation immigration overall, with the exception of Japan…and the Philippines,” according to ABC News, which added that the U.S. only allowed 105 Chinese people to move to the country each year until 1965. In several immigration acts in the 1920s, reported ABC, the country established “a wide-scale quota system based on national origins.”

Trump’s immigration ban – which has been met by intense criticism and protests at airports throughout the country – temporarily stops immigration from six Muslim-majority countries: Iraq, Iran, Somalia, Sudan, Yemen, and Libya. The order gives preference to religious minority groups in those countries, such as Christians, according to The New York Times. It also indefinitely stops immigration from Syria, stops all refugee resettlement for 120 days, and caps 2017 refugee admittance to 50,000.

A federal judge granted an emergency stay for part of the executive order on January 28, ruling that the government could not send back immigrants from the affected countries who are at airports being detained because they might suffer irreparable harm. A lawsuit has been filed asking the courts to deem the entire Trump executive order unconstitutional under the 5th Amendment, contending it subjects Muslims to disparate treatment. The Trump order has also affected people with green cards and those visiting America to see family or for work; there is a provision for case-by-case exemption in some circumstances.

According to Mic.com, the countries Trump selected for his executive order derived from a previous list created by Obama, although the president was only restricting access to a visa waiver program: “The countries whose citizens are barred entirely from entering the United States is based on a bill that Obama signed into law in December 2015. Obama signed the Visa Waiver Program Improvement and Terrorist Travel Prevention Act as part of an omnibus spending bill. The legislation restricted access to the Visa Waiver Program, which allows citizens from 38 countries who are visiting the United States for less than 90 days to enter without a visa.”

The New York Times reports that about the same number of Christians and Muslims were admitted to the U.S. as refugees in 2016, despite Trump’s claims that Christians had basically no chance to get asylum under President Obama.