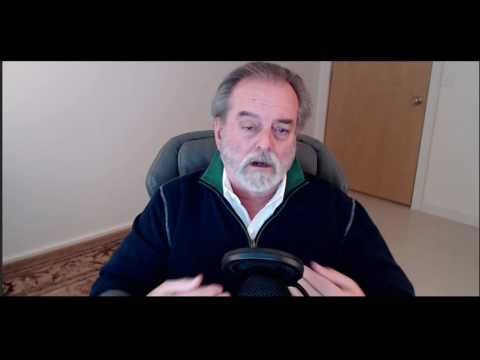 The mysteries surrounding one of the world’s largest but least explored land masses continue to be revealed.

From recent images showing what appear to be Pyramids similar to those of Giza to evidence of once-luscious rain forests, Antarctica seems to be giving up its secrets. Numerous political and religious leaders, including former Secretary of State John Kerry, have been taking secret trips to the remote continent, but as of yet, no one in any official capacity has explained why.

It would take an expert with a wide body of knowledge in fields including religion, science, politics and history to unravel the web that has been weaved by governments and secretive scientific organizations over the last seven decades to understand what’s really at play.

Recently, Steve Quayle, author of Empire Beneath the Ice, joined Greg Hunter on USA Watchdog to discuss the many facts and theories about what really lies  beneath the ice.

Most people don’t understand, and this is critical, the United States, in 1947, sent a war flotilla to the Antarctic under Admiral Byrd and it was called “Operation Highjump.” It was to seek out and destroy the hidden Nazi bases that intelligence agencies provided them the documentation for.  It wasn’t a small thing.  There were 13 ships and 4,700 men and state of the art U.S. weaponry.

So, all this is a matter of record.  When you put all the records together, it points to this:  There is some entity or group of entities that are thinking and have advanced technology and, basically, give orders to the religious and political leaders of our day.

Covering everything from Byrd’s mission  and the possibility of secret Nazi bases to pyramids and the existence of advanced alien technology, Steve Quayle’s interview with Greg Hunter is filled with citations, historical evidence and explanations for what is really going on at the bottom of the world.

One thing’s for sure – the official history of mankind as we know it is incomplete, or wrong altogether.

To learn more about the vast mysteries surrounding Antarctica and the history of the world visit SteveQuayle.com. You can view Steve’s extensive collection of books and DVD’s at SafeTrek.com.

Watch the trailer for Empire Beneath the Ice

The Ice Is Cracking in Antarctica. “Pyramids” Have Been Spotted. Is a Secret Past Emerging?

The Big Thaw On Earth’s Hidden Mysteries? “Antarctica Ready To Give Up Secrets”

Secrecy and Mysteries Challenge the Official History of Antarctica