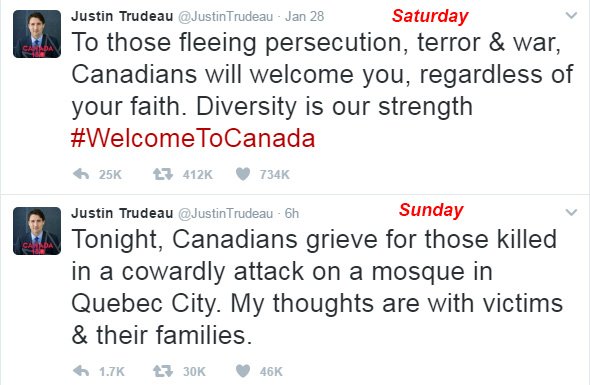 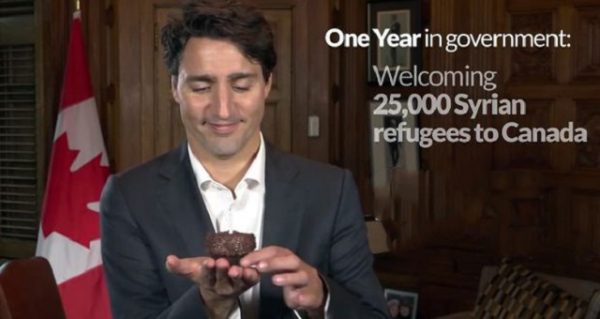 Even though Prime Minister Justin Trudeau not-so-subtly attacked Trump’s “Muslim ban” Saturday by saying all those “fleeing persecution, terror and war” are “welcome” in Canada “regardless of your faith,” terrorists went on a killing spree a day later at a mosque.

While police are hiding the identity of the two suspects arrested, Radio Canada is reporting one of the suspects is of Moroccan origin and an anonymous witness said the shooters were screaming “Allahu Akbar.” “It was with tremendous shock, sadness and anger that I heard of this evening’s tragic and fatal shooting at the Centre culturel islamique de Quebec located in the Ste-Foy neighborhood of the city of Quebec,” Trudeau said in a statement.

“We condemn this terrorist attack on Muslims in a centre of worship and refuge. … Muslim-Canadians are an important part of our national fabric, and these senseless acts have no place in our communities, cities and country.”

Correction: they had no place in your country. Now that you’ve let over 1 million Muslims in, their terror attacks, as Sadiq Khan would say, are “part and parcel” of living in Canada.