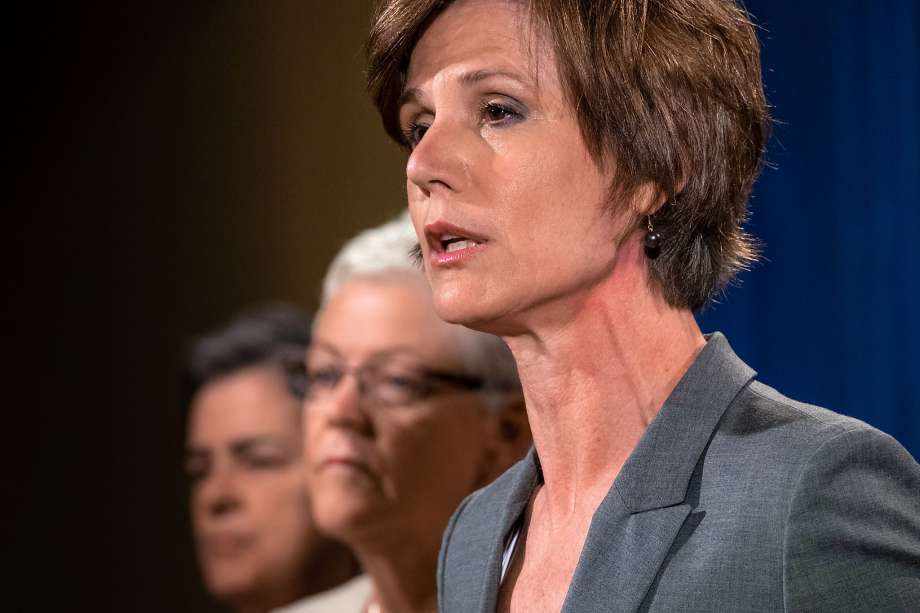 (INTELLIHUB) — In a swift act Monday night President Donald Trump fired acting attorney general Sally Yates who had earlier revealed that she was refusing to do her job in defending the president’s executive order on immigration.

Yates, an Obama holdover in power because Trump’s nomination is still in the process of being confirmed, was attempting to use her position to push her political beliefs by opposing Trump’s executive action that the corporate media has pathetically labeled a “Muslim ban”.

Laughably, the corporate media is currently hyper-venting about Yates firing as if it is at all a surprise that President Trump would not allow someone to push their liberal agenda inside his administration.

This is literally normal political behavior being drummed up as something sinister by media outlets who are fully dedicated to pushing any sort of anti-Trump fake news imaginable. Trump supporter or not, who on earth actually thought Donald Trump was going to allow someone in his administration to work against him?

The full text of the statement sent to reporters announcing Yates firing reads:

Ms. Yates is an Obama Administration appointee who is weak on borders and very weak on illegal immigration.

It is time to get serious about protecting our country. Calling for tougher vetting for individuals travelling from seven dangerous places is not extreme. It is reasonable and necessary to protect our country.

Tonight, President Trump relieved Ms. Yates of her duties and subsequently named Dana Boente, U.S. Attorney for the Eastern District of Virginia, to serve as Acting Attorney General until Senator Jeff Sessions is finally confirmed by the Senate, where he is being wrongly held up by Democrat senators for strictly political reasons.

“I am honored to serve President Trump in this role until Senator Sessions is confirmed. I will defend and enforce the laws of our country to ensure that our people and our nation are protected,” said Dana Boente, Acting Attorney General.

Make no mistake, this was a legitimate action any president would take and news outlets saying otherwise are simply pushing yet more fake news.