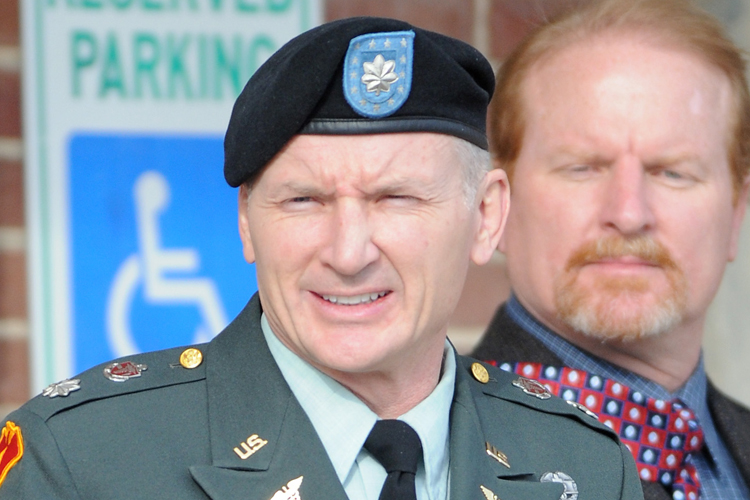 A petition to reinstate a former US Army Lieutenant Colonel who questioned refused to be deployed because he questioned the authenticity of Barack Hussein Obama Soetoro Soebarkah‘s birth certificate and his eligibility to hold the office of president based on a fraudulent document.

The petition was listed at the petitions section of WhiteHouse.gov on January 21, 2017. It reads:

The former Lt. Col. Terrence Lakin was a highly-decorated Army flight surgeon who questioned whether or not the orders he received from Obama were legitimate. Court-martialed, imprisoned, expelled from the Army and denied pay, pension and benefits, Terry was merely following his officer’s oath and constitutional duty. It is an outrage that this was allowed to happen. Obama refused to answer Terry’s letter and ended up producing a forged birth certificate. Terry who was a medical doctor is a valuable asset to the American military and the fact that his military chain of command and his congressional representatives allowed him to be court-martialed and run out of the army is an outrage for all Americans. This grave injustice needs to be addressed and corrected ASAP.

Lakin refused to obey deployment orders, arguing that Obama had not documented his eligibility for the presidency under Article 2, Section 1 of the U.S. Constitution.

“What I do not understand and still don’t,” he writes in his book Officer’s Oath: Why my Vow to Defend the Constitution Demanded that I Sacrifice my Career, “is why Obama did not just come forward with his key documents and be done with it. Instead, he ordered all of his important records to be kept under seal.”

Lakin’s book is a tell all first hand account of his faith and patriotism which ended up resulting in a court-martial, imprisonment and the stripping of all military rank and privileges, including his Army pension.

All of this happened because he challenged Barack Obama’s eligibility. In reading this, one has to ask the question why would Barack Obama allow a fine military man like this to go to jail when he could have simply provided the documentation and that soldier would have done his duty.

Lt. Col. Lakin pointed out that the documents released by the White House were digital scans and not official documents that would be acceptable as evidence in a court proceeding.

“So tell me: Who has something to hide?” Lakin asks. “It would seem to be President Obama, and sooner or later the voters of this country are going to make it clear that his stonewalling cannot continue.”

Lakin said he was compelled by his officer’s oath to uphold and defend the Constitution after he was ordered to deploy to Afghanistan.

For those who think Lakin was some “birther” who was making up nonsense, consider that he was required by his deployment orders to bring five copies of his birth certificate.

“I had read the orders several times and had glossed over a detail that had previously seemed routine, but this time I felt like Wile E. Coyote

getting smacked by an anvil,” he writes. “I needed a birth certificate to deploy, but the president did not need one to order my deployment. This was nuts.”

Lakin was then court-martialed in December of 2010 and sentenced to six months in prison. He received a great injustice seeing that the usurper-in-chief never once had to actually produce an authentic document which proved he was eligible for the office he usurped.

Now, Lakin was on his way to Fort Leavenworth’s Joint Regional Correctional Facility. Of all his hardship deployments, Bosnia included, this would be the hardest. After he bid a tearful farewell to his wife and three young children, his military minders chained his hands together and attached those chains to a band around his waist. They chained his legs and attached those, too. They then loaded him into a van and drove him to Reagan National.

There, Lakin endured his ultimate humiliation: a seemingly endless perp walk — a shuffle really — through a concourse filled with flags and patriotic bunting and the happy sight of returning soldiers. None of the display had lost its appeal, but Lakin could not overlook the irony of his being chained and bound amidst it all.

The civilian psychologist who did intake assessments at Fort Leavenworth claimed to know why the soft-spoken doctor refused deployment, or at least he thought he did. As he put it, Lakin did not believe Obama to have been born in the United States or to be constitutionally eligible to be president.

Lakin corrected him. As he explained, he did not know where the president was born or whether the president was eligible. The problem was that no one did. As Lakin saw it, the oath that he took as an officer in the U.S. Army — “I, Terrence Lee Lakin, do solemnly swear that I will support and defend the Constitution of the United States against all enemies, foreign and domestic” — all but dictated that he seek the truth.

The irony in all of this is that Lakin actually sought to uphold his oath of office. I question whether or not many in Congress did the same (and some that were previously in Congress), and I know that Obama did nothing of the sort, but has violated the Constitution at almost every turn.

In an exclusive interview with WND, Lakin said, “Things are going well, I am able to make a living, despite those who wanted to keep me from ever practicing medicine again. I’m able to employ 7 people and give them jobs.”

“I had a friend who told me he was thinking about writing his congressman about this in a year or two,” Lakin said. “I was shocked to hear about this petition. I have been truly blessed by God to have people who care about me. I just hope the president will also look at many of the other politically motivated convictions of members of the military over the past several years.”

He also saw a silver lining in his trials.

“I take care of a lot of the firefighters and police officers, not just from the county but even some of the surrounding counties,” he told WND.

Still many Obama supporters sought to persecute him beyond what the military did.

“There was an attempt by some to have my license pulled, which was crazy since nothing I did affected my ability to practice medicine,” Lakin explained. “My issue with the army was essentially an administrative one rather than a criminal issue, yet there were some who wanted to destroy my family and me by leaving me without the ability to earn a living.”

“My wife and children have been great through all of this,” he added. “I couldn’t have done it without them.”

As of the writing of this article, the petition has less than 300 signatures. It needs 100,000 signatures to receive a response from the White House. Please consider supporting Lt. Col. Lain by signing the petition.