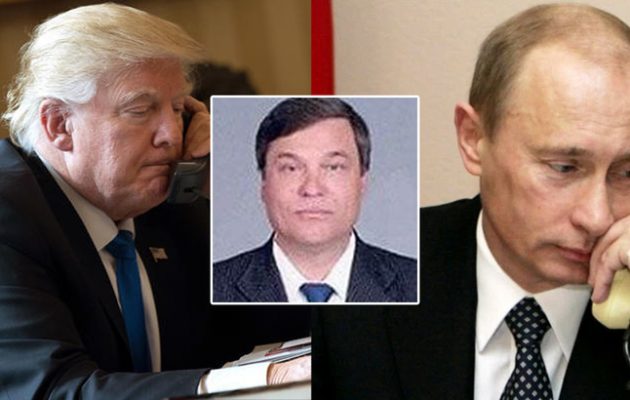 As The Daily Sheeple previously reported, just before the inauguration, a unsubstantiated 35-page dossier of “intel” discussing Trump in compromising sexual situations involving prostitutes and pee came out, supposedly originating with a former British MI6 agent who received the info it contained from a Russian KGB agent.

If you play along with this story, now its being reported that the Russian source of the info given to the British spy has been found dead under mysterious circumstances.

As reported by The Telegraph:

Oleg Erovinkin, a former general in the KGB and its successor the FSB, was found dead in the back of his car in Moscow on Boxing Day in mysterious circumstances.

Erovinkin was a key aide to Igor Sechin, a former deputy prime minister and now head of Rosneft, the state-owned oil company, who is repeatedly named in the dossier.

Erovinkin has been described as a key liaison between Sechin and Russian president Vladimir Putin.

Although foul play was initially suspected and for overtly obvious reasons, later reports have apparently suggested the man simply died of a heart attack (in the back of his car?), leading to the further suggestion of an assassination cover up.

The speculation is that Erovinkin was murdered by the Kremlin according to the now outed former MI6 spy Christopher Steele who remains in hiding since the dossier became public.

There is still no proof to back up any of the claims made within the dossier, which evidence suggests was just a 4chan prank on the CIA.