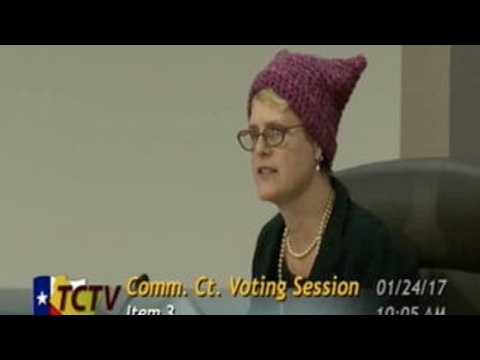 The Left really are insane.

The judge is Travis County Judge Sarah Eckhardt, a Democrat. The pink “pussy hat” is from the recent anti-Trump Women’s March.

Amy Moreno of TruthFeed asks how a man or a female Trump supporter (or any litigant) would feel standing before this judge?

An even better question is: “To put this in perspective, what if a male judge wore this? How would the liberal media react?”

Imagine if a male judge wore a “penis hat” to court! The feminists’ heads and vaginas would explode.