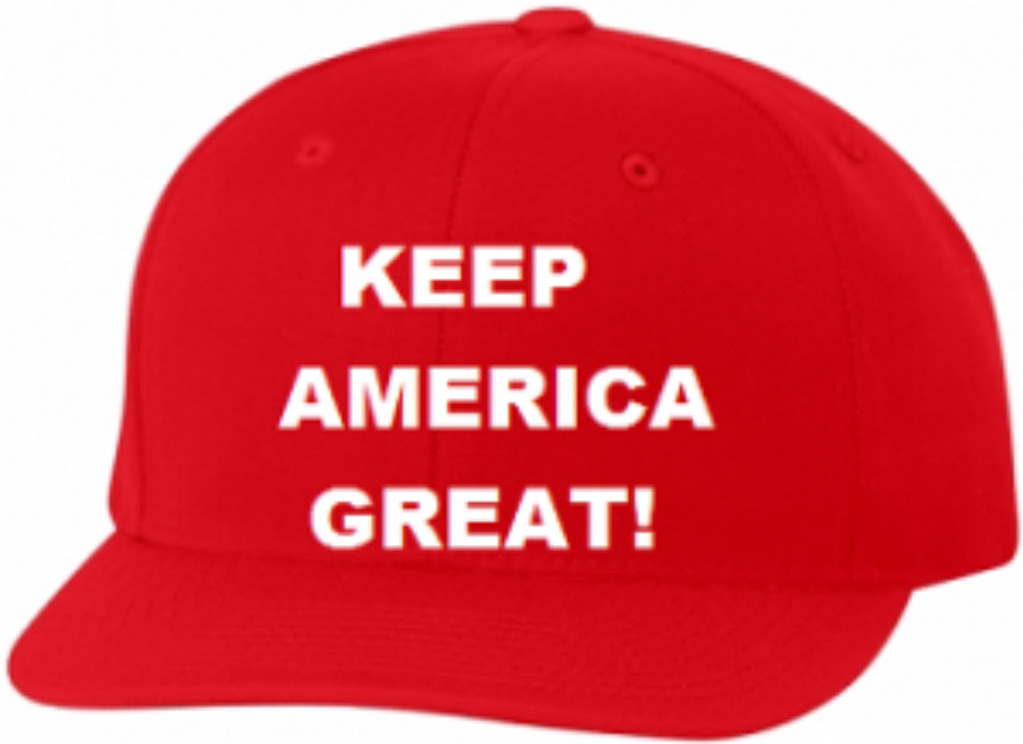 Whatever that will happen to his presidency, we can say at least this about Donald John Trump: He is a very interesting man who thinks several moves ahead of his opponents.

On January 19, I did a post, “Trump already has his 2020 campaign slogan!,” which received little commentary from FOTM‘s readers. Two days before his presidential inauguration, Donald Trump already had the slogan for his re-election campaign in 2020, “Keep America Great!,” which he has trademarked.

It turns out he had done this before. In 2012, within a week of Mitt Romney’s loss to Obama, Trump trademarked “Make America Great Again” for a $325 fee.

But Trump didn’t just trademark his 2020 campaign slogan. He filed a notice (FEC Form 99) with the Federal Election Commission of his intention to run for reelection in 2020 — and he did this on January 20, 2017, the day of his inauguration.

This was discovered by a group of rabid anti-Trump feminists called The Resisterhood (h/t Jim Stone).

On January 28, The Resisterhood @resisterhood tweeted a screenshot of the FEC Form 99 that Trump filed with the FEC on January 20, 2017:

Note: FEC Form 2 is a “Statement of Candidacy”. However, as Trump stated in his letter to the FEC, he filed a Form 99, “Miscellaneous Report to FEC,” because he had “reached the legal threshold for filing FEC Form 2”. That might explain why, after conducting numerous searches on FEC.gov, I could not find a record of Trump’s Form 99.

Because, as Resisterhood pointed out, by registering himself as a 2020 political candidate, Trump is tying the hands of non-profit opposition groups by silencing their criticisms and blocking their political activities, such as protests and demonstrations.

According to IRS rule, non-profits (Section 501(c)(3) tax-exempt organizations) are prohibited from intervening in political campaigns, unless they want their tax-exempt status revoked.

Under the Internal Revenue Code, all section 501(c)(3) organizations are absolutely prohibited from directly or indirectly participating in, or intervening in, any political campaign on behalf of (or in opposition to) any candidate for elective public office. Contributions to political campaign funds or public statements of position (verbal or written) made on behalf of the organization in favor of or in opposition to any candidate for public office clearly violate the prohibition against political campaign activity. Violating this prohibition may result in denial or revocation of tax-exempt status and the imposition of certain excise taxes.

Certain activities or expenditures may not be prohibited depending on the facts and circumstances. For example, certain voter education activities (including presenting public forums and publishing voter education guides) conducted in a non-partisan manner do not constitute prohibited political campaign activity. In addition, other activities intended to encourage people to participate in the electoral process, such as voter registration and get-out-the-vote drives, would not be prohibited political campaign activity if conducted in a non-partisan manner.

On the other hand, voter education or registration activities with evidence of bias that (a) would favor one candidate over another; (b) oppose a candidate in some manner; or (c) have the effect of favoring a candidate or group of candidates, will constitute prohibited participation or intervention.

Somebody should inform Bishop of the Diocese of Austin Joe Vasquez who piously issued a statement against President Trump’s executive order on construction of the U.S.-Mexico border wall. In so doing, Vasquez is jeopardizing the Catholic Church’s tax-exempt status. (More on this in a post to come.)

Vasquez can be reached at: