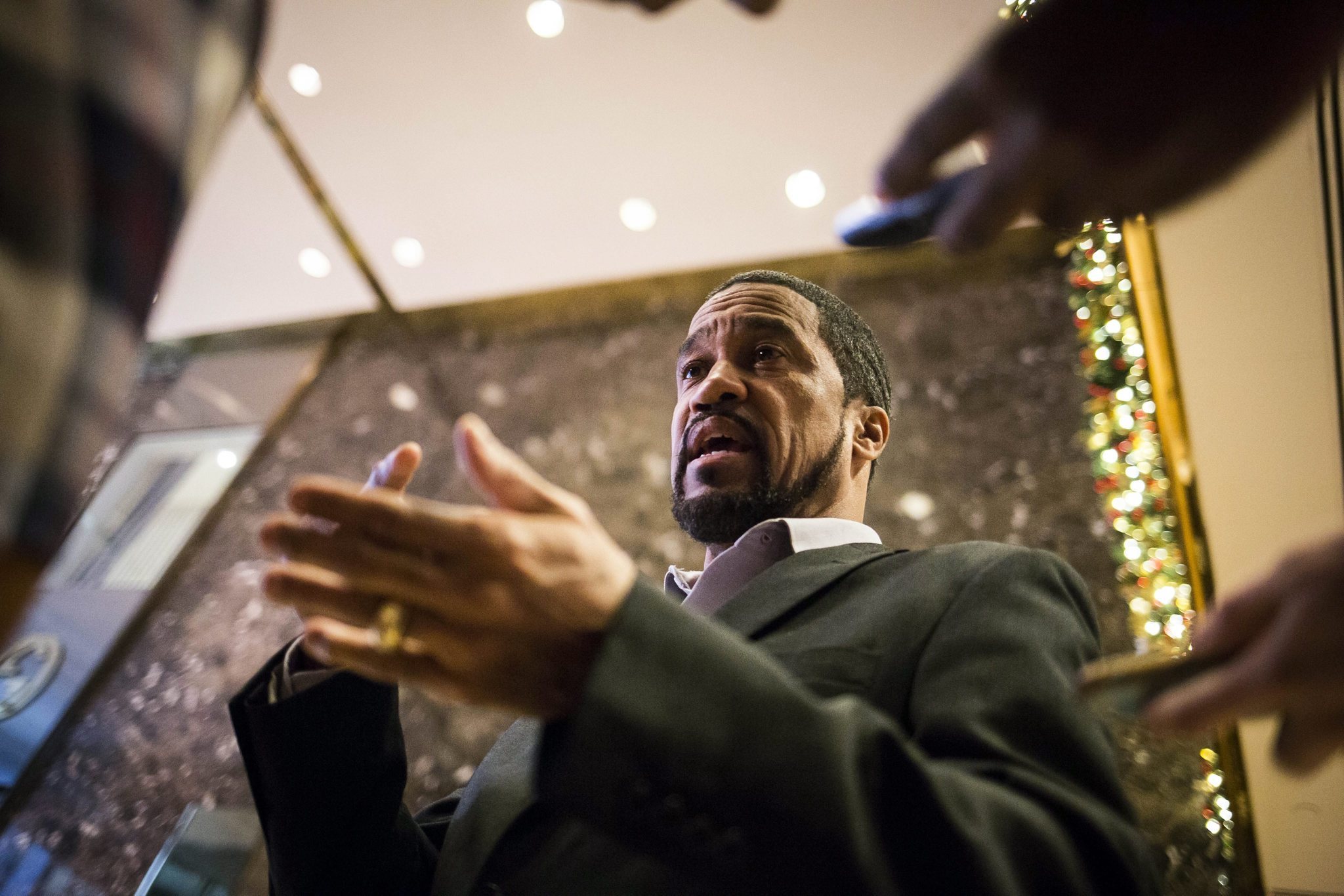 A story out of CBS Local in Chicago (youtube) suggests that gangs in the city want to lower the body count, believe they can, and want to work with Trump on it.

The gangs didn’t have faith in Obama; they do have respect for Trump.

Chicago is Gang Murder Central in the US.

CBS: “The founder and pastor of a megachurch in Ohio told President Donald Trump he has spoken to gang leaders in Chicago who want to work with the White House to reduce violent crime.”

“Dr. Darrell Scott, senior pastor of New Revival Center in Cleveland Heights, Ohio, was a guest of Trump’s at an African-American History Month meeting at the White House. He said he is a ‘black Trump supporter’, and claimed he was ‘contacted by some of the top gang thugs in Chicago for a sit-down’.”

“Taking a swipe at former President Obama, who began his political career as a community organizer in Chicago, Scott said the gangs ‘want to work with the administration … they believe in this administration; they didn’t believe in the prior administration. They told me this outta their mouths’.”

“’They reached out to me [Reverend Scott], because they’re associating me with you [Trump]. They respect you. They believe in what you’re doing, and they want to have a sit-down about lowering that body count. So in a couple weeks, I’m going into Chicago,’ Scott said. ‘I said we’ve got to lower that body count. We don’t want to talk about anything else; get that body count down, and they [gang members] agreed that the principals that can do it – these are guys straight from the streets, no politicians, straight street guys – but they’re going to commit that if they lower that body count, we’ll come in and we’ll do some social programs’.”

“Trump said, ‘I think that’s a great idea, because Chicago is totally out of control’.”

“Scott said the gang members who reached out to him want to work with Trump.”

One: If these gang members are in the upper echelon, they can definitely lower the body count in Chicago.

Two: It’s easy to understand why the gangs didn’t have faith in Obama and do have some respect for Trump. Obama was a venal poser. He never approached the gang problem with effective action while he was in office. Trump is a deal maker. What’s being called for here is a deal. Trump sees gang killings in inner cities as a reality that has to be faced. No doubt, Trump’s recent threat to send federal law-enforcement people into Chicago caused gang members to sit down and think a little.

Three: the gang notion of lowering the body count in return for social programs injected into neighborhoods is off the mark. What’s actually needed is jobs. And one of the prime solutions is already in Chicago. It’s there. As in: THERE. It just needs to be expanded. I’ve written about this before, especially in my open letter to Steve Bannon, Trump’s idea man:

“On a search engine, type in ‘urban farms Chicago.’ You’ll see there is actually a directory of such operations. They’re happening. Local people are growing and eating their own food. Some of this food can also be sold for profit. MONEY. JOBS.

“There should be many, many small urban farms…Plots of land where local residents grow and trade and eat their own fresh, clean, nutritious food. It is a revolutionary act.”

“The government provides initial funding in the form of loans. The residents themselves will expand their operations into profit-making ventures; they’ll sell the excess food.”

Get it? It’s not brain surgery. It’s there, for anyone to see. Turn the inner city neighborhoods of Chicago—the gang war zones—into many, many small urban farms.

Can the gangs deal with that?

Can they actually help this program succeed? Can they stop killing people long enough to work on something that lifts people up instead of depositing them into streets with bullets in their bodies?

Can they see that people growing, eating, and selling their own clean, fresh, nutritious food is far better than people selling drugs that destroy lives? That would be a reach.

Can they at least lower the body count and otherwise stand aside and let the inner-city residents of Chicago elevate their lives?

And just as important, can the people of Chicago brush aside the race hustlers and Soros-funded troops and so-called local leaders who have a stake in more death and destruction in the city’s slums? The leaders who thrive, like leeches, on things NOT working out?

A transformation is there, waiting to happen.

It’s not pie in the sky. It’s food in the ground.

Finally, who is Reverend Darrell Scott, the pastor of a congregation in Cleveland? Does he really have the ear of gang leaders in Chicago? Have they really told him they’re ready to lower the body count in their neighborhoods? Is Scott positioned to be the middle-man in serious negotiations involving the president of the United States?

Regardless, the solution for inner cities equals reducing the power of the gang scourge; and it equals jobs. Urban farms would be a direct-line bootstrap operation, open to every resident. Food, health, money.

Previous administrations in Washington have never considered it.