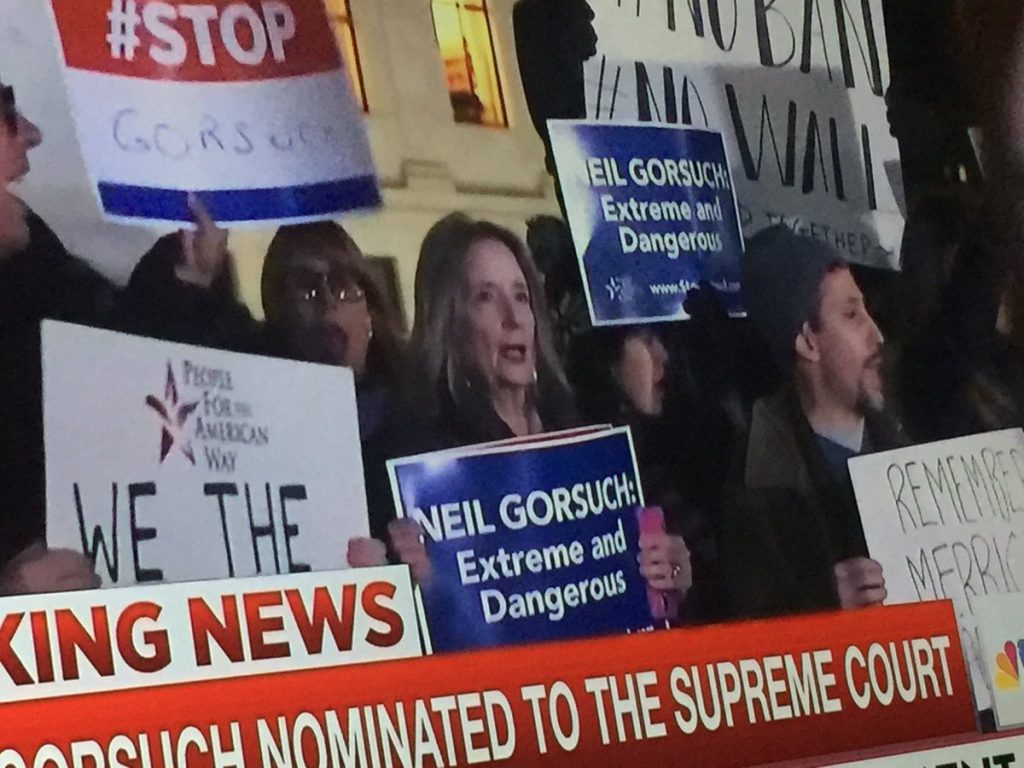 The illusion on a lot of this civil unrest is broken.

Too many people are aware that billionaire color revolution makers like George Soros are the not-so-hidden hand funding a lot of the highly organized protests we’ve seen over the last few years, from the Mike Brown shooting protests-turned-riots to the violent anti-Trump election protests to the purposeful evolution of Black Lives Matter in a police federalization agenda.

But this example is just way too obvious.

Mainstream media outlets like CNN were on the ground reporting as Trump was set to announce his SCOTUS pick and hundreds of people gathered in advance to protest.

The protest itself wouldn’t be in question in the currently political climate; there’s obviously a large swath of the American population who will protest whatever Trump does no matter what at this point.

However, the fact that these people all had preprinted signs with Neil Gorsuch’s name already printed on them obviously made BEFORE Trump even announced who he chose should raise more than a few eyebrows…

We live in such an odd time. People outside SCOTUS with professional "Neil Gorsuch: Extreme and Dangerous" signs already. pic.twitter.com/TgZ2LSK1ba

Either they knew and its all a show, or the protest organizers had the fat financial backing to print stacks and stacks of professional signs with each of Trump’s potential choices already on them, all ready to go.

Either way, its clear this is anything but grassroots.

Stacks of preprinted signs are always a sign of a true grassroots movement.

And yet, just like the airport demonstrations following Trump’s travel ban that the media keeps swearing are “spontaneous” (as if they can make it true just by repeating it enough), they want you to believe the Trump SCOTUS pick protest is “organic”…