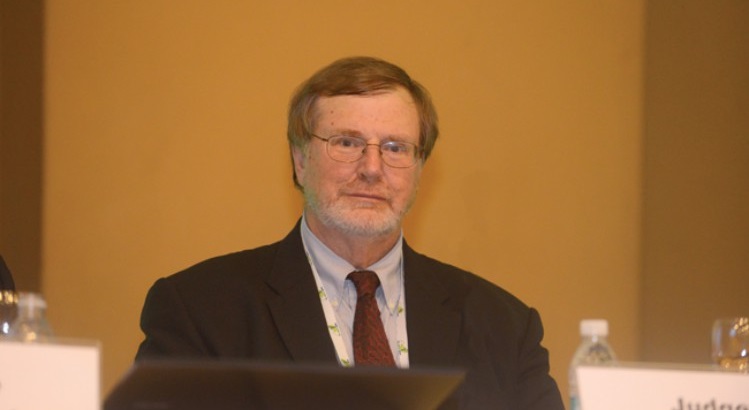 Keep in mind this loon was appointed by George W. Bush.

From The Seattle Times:

A federal judge in Seattle has ordered a halt to enforcement of President Trump’s controversial travel ban on citizens from seven predominantly Muslim nations.

The temporary restraining order is granted on a nationwide basis, Robart said.

…In his oral ruling, Robart said Washington had standing to bring the case forward and provided evidence that Trump’s order has immediate harm. And the lawsuit, the judge said, has substantial likelihood of success in its underlying challenge to the constitutionality of the order.

…In a legal filing asking for the restraining order, Ferguson argued Trump’s travel ban targets Muslims, violating the constitutional rights of immigrants and their families.

FDR literally threw Japanese people in internment camps and that was ruled legal. There’s a reason no other judge entertained this garbage.

But in a response brief filed late Thursday, attorneys for the Trump administration said Washington state lacked standing to bring the challenge, and that the president has properly exercised his broad, border-security powers to protect Americans.

“Every President over the last thirty years has invoked this authority to suspend or impose restrictions on the entry of certain aliens or classes of aliens, in some instances including classifications based on nationality,” reads the administration brief, submitted by Chad Readler, acting assistant U.S. attorney general, and other Justice Department lawyers.

The administration brief also cited previous court rulings that say there is no constitutional right of entry to the U.S. for foreign nationals.

This incident from a few months ago should give you an idea of the type of intellect we’re dealing with here.

U.S. District Judge James Robart, a former President George W. Bush appointee, is presiding over the implementation of a 2012 consent decree requiring Seattle to adopt various police reforms. The city’s police department was accused by the federal government of engaging in various practices, such as excessive force, that fell disproportionately on non-white residents and therefore violated their civil rights. The consent decree was reached so the city could avoid fighting a costly lawsuit against the feds.

This is the first time the contentious political movement has had its anthem officially supported by a judge in a federal courtroom.

Implementing that consent decree is requiring extensive negotiations with Seattle’s police union, because some of the reforms it prescribes would modify their current contract. For instance, putting internal investigations in the hands of civilians, rather than police officers. Most recently, the union voted to reject a contract that would have implemented certain reforms while giving officers a small pay boost.

In a Monday hearing, Robart lashed out at the union for holding up the reform process.

“The court and the citizens of Seattle will not be held hostage for increased payments and benefits,” he said from the bench. “I’m sure the entire city of Seattle would march behind me.”

“Black lives matter,” Robart said to end his remarks, in a moment that apparently produced audible shock from the courtroom. Black Lives Matter has been active for three years as a movement, but this appears to be the first time it has garnered such explicit support in court from a federal judge.’

This clown should be kicked off the bench.