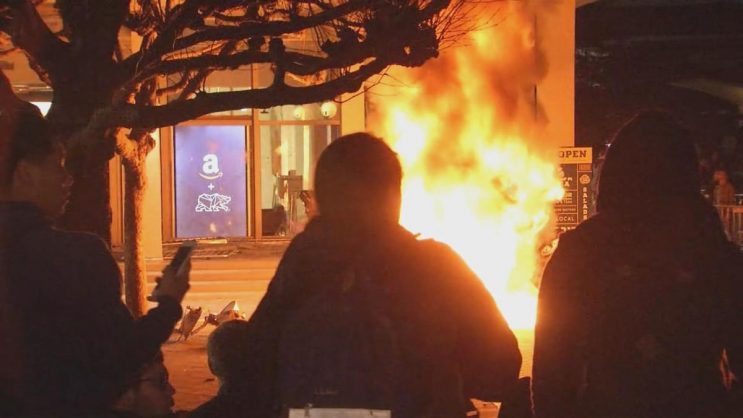 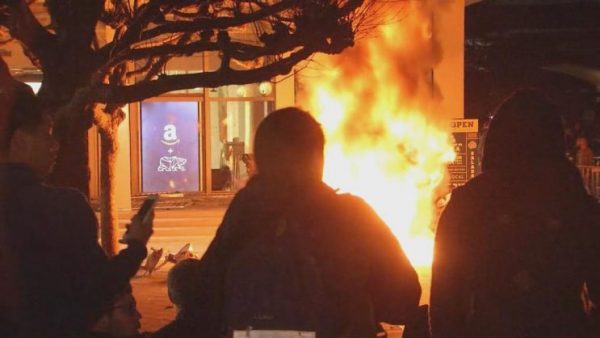 No one could have predicted this.

The left-wing group that helped organize the violent shut down of the Milo Yiannopoulos event at the University of California, Berkeley on Wednesday is backed by a progressive charity that is in turn funded by George Soros, the city of Tucson, a major labor union and several large companies.

The Global Alliance for Justice, based in Tucson, is listed as an organizer and fiscal sponsor for Refuse Fascism, a communist group that encouraged left-wingers to shut down the Yiannopoulos event. …While it is unclear whether those who carried out the violence were paid to do so, the benefactors of the Alliance for Global Justice — and Refuse Fascism — are listed online.

According to its most recent 990 tax form, Alliance for Global Justice (AfGJ) received $2.2 million in funding for the fiscal year ending in March 2016.

One of the group’s biggest donors is the Tides Foundation, a non-profit funded by billionaire progressive philanthropist George Soros. Tides gave AfGJ $50,000.

Other notable donors include the city of Tucson and the United Steel Workers labor union. The former gave $10,000 to AfGJ while the latter contributed $5,000.

Another bit of irony is seen in the $5,000 contribution from the Peace Development Fund, a group that claims to support organizations that fight for human rights and social justice.

Another major donation came from a group that was chaired by Hillary Clinton during the 1980s. The New World Foundation gave $52,000 to AfGJ.

I was assuming this was a grassroots group funded by small donations averaging under $20.