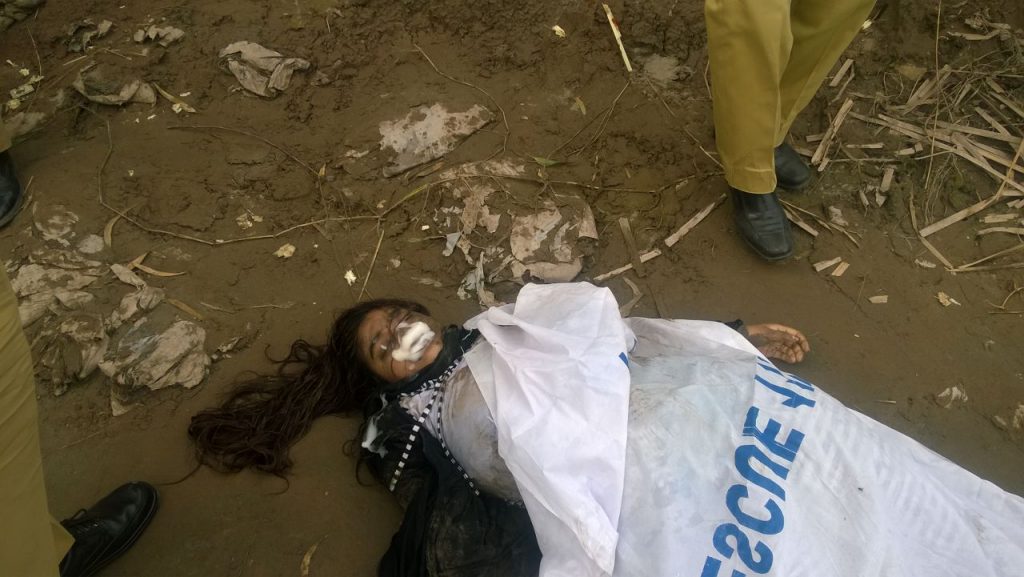 Pakistan is one of the most dangerous places in the world to be a Christian. Christians are routinely harassed, robbed, and murdered by Muslims and local government officials often times cover up the crimes committed against them.

In a horrible story, a 12-year-old Christian schoolgirl was kidnapped by Muslims, violently raped and then murdered. When her parents found her body and went to the police, they told her that their daughter ‘committed suicide’ and abruptly closed the case:

A 12-year-old Christian schoolgirl was murdered in Pakistan last week and evidence suggests she was also drugged and raped, despite police claims that she committed suicide.

Tania was reportedly dropped off to school on Jan. 23 by her older brother, Johnson, but later that morning he received a call from the local police station informing him that his sister had drowned in the Upper Chenab Canal.

“On hearing the news of the death of their beloved sister, Johnson and Sania ran to the site where she was located. There they saw the devastating sight of their sister’s dead body wrapped in a white police cloth,” the report explained.

“The shock left them reeling as they fell to their knees and wept by her frail dead body, they wept incessantly and bitterly for the loss of their beloved sister.”

The police at first alleged that the girl had committed suicide by jumping into the canal; however, the family is arguing that she was likely raped, given that her mouth was full of froth, which is a recognized symptom of a commonly used date rape drug.

The family has also said that Tania’s trousers were badly ripped, which they believe was the result of rape, and have disputed a police report that claims Tania suffered “deep depression” in school, noting that pupils and friends argue that this is an “unfounded allegation.”

The report details other problematic aspects of the police claim that Tania killed herself, including CCTV footage that showed her getting into a vehicle outside of school with someone else inside. The family is also calling for an independent autopsy of their daughter’s body.

Nadeem Gill, the girl’s father, said that Tania “was young, happy and full of energy. There is absolutely no way she would take her own life!”

“Every day in the evening we would spend an hour talking on Skype. She would tell me what she had done through the day and would ask me about my day. She was a truly wonderful and loving daughter,” Gill added.

“Our corrupt police force is preventing justice for my daughter. But I will never give up until her murderer is found.”

Wilson Chowdhry, chairman of the BPCA, who urged Christians to sign the petition calling for justice for Tania, said that the family has suffered enough.

“Pakistani statutory authorities and the government need to recognize the growing concern of evident targeting of Christian girls for rape and forced Islamic marriage,” Chowdhry said.

“Tania’s case fits the profile of many other similar rape incidents, sadly in her case it led to murder,” he added.

“By ignoring the plight of minority girls, Pakistan as a nation is developing a poor reputation for human rights and it may simply illustrate that most of the population do not care.” (source)

Interestingly, there was a petition circulating on PetitionBuzz calling for an investigation into her case. However, that petition has since disappeared after 26 signatures without so much as an explanation why. Here is a screenshot of the original:

Regardless of why the Petition has disappeared, what remains clear is this young woman was another victim of the horrible persecution which Christians in Pakistan live through each day.