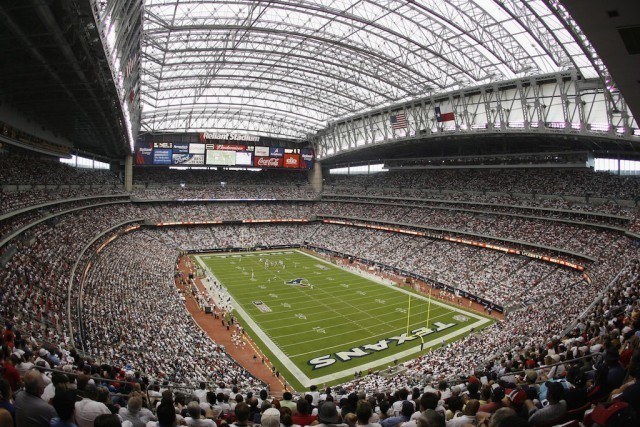 HOUSTON, Tex. (INTELLIHUB) — This year’s Super Bowl LI will be nothing less than spectacular as business owners, ticket holders, players, performers, staff, and security workers will all end up stuffing NRG Stadium in anticipation of a dynamic showdown on the field between the New England Patriots and the Atlanta Falcons on what should be one blustering party this Sunday.

Security will be at an all-time high in and around the city and ambient radiation sweeps have been conducted.

Under Customs and Border Protection appropriations three Black Hawk UH-60s will patrol the airspace over a 30-mile radius around the stadium and be ready to intercept or engage any threat attempting to breach that airspace. Additionally, “three Cessna C-550 Citation jets and two Airbus AS350 helicopters” will also be used, as reported by Chron. The North American Aerospace Defense Command has also assigned fighter jets and a fuel tanker to the area as an extra precaution to help fortify “the core,” which is the inner 10-mile no-fly zone directly around the stadium.

A restricted airspace between the hours of 4 p.m. and midnight on game day has been issued by the FAA.