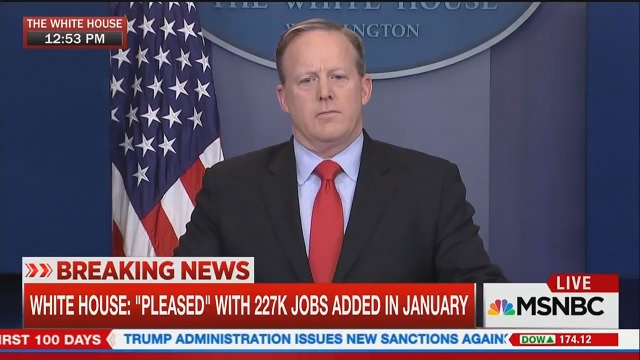 It seems antifa is soon going to learn what law and order actually looks like.

WASHINGTON — Sean Spicer said the Trump White House knows who the rioters that have violently protested pro-Donald Trump and conservative events are.

After an event featuring Milo Yiannopoulos on the University of California Berkeley campus was canceled this week because protesters set the campus ablaze and pepper sprayed people wearing Trump gear, the president tweeted, “Professional anarchists, thugs and paid protesters are proving the point of the millions of people who voted to MAKE AMERICA GREAT AGAIN!”

The Daily Caller asked the press secretary Friday if the White House would investigate the “professional anarchists and paid protesters.”

“I think we know who they are,” Spicer said. “I don’t know that we need to do an investigation.”

Professional anarchists, thugs and paid protesters are proving the point of the millions of people who voted to MAKE AMERICA GREAT AGAIN!

Don’t forget tons of the black bloc rioters who terrorized DC during the inauguration are being charged with felony rioting and are facing up to ten years in prison and potential $25,000 fines.

The violent assaults carried out at UC Berkeley were explicitly domestic terrorism seeking to kill people for their political beliefs. These antifa could find themselves facing serious jail time.

How interesting the all-powerful state which was previously used to suppress the right can now be turned on the left to give them a taste of their own medicine.