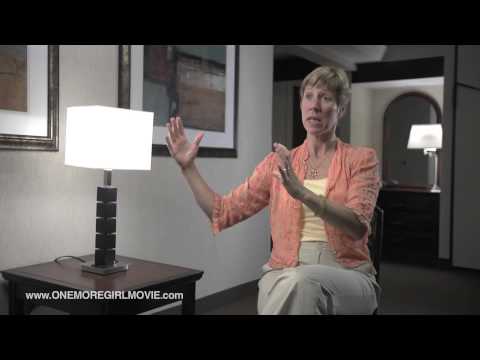 Dr. Diane Harper, professor and chair of the Department of Family and Geriatric Medicine at the University of Louisville, specializes in human papillomavirus (HPV) and the diseases associated with it. As principal investigator of the clinical trials of Gardasil and Cervarix, vaccines against HPV, Dr. Harper was instrumental in getting Gardasil approved.

So it should give parents pause that, beginning in 2009, Dr. Harper has questioned both the safety and effectiveness of Gardasil. In stating her misgivings, Dr. Harper has appeared at the International Public Conference on Vaccination, a conference held by the the anti-vaccine group National Vaccine Information Center, and in an anti-vaccine film, The Greater Good:

As Dr. Harper explains in the video clip above, of all the women who get an HPV infection:

In other words, in the very small number of women (0.6%) infected with the HPV virus whose lesions became cancerous, it takes 5 to 30 years for the infection to develop into invasive carcinomas. But whatever data there is on Gardasil shows that its effectiveness lasts only 5 years.

The above statistics prompted Dr. Harper, in a 2011 NPR interview, to argue against mandatory HPV vaccines for girls because, in her words, “95% of women who are infected with HPV never, ever get cervical cancer” because their immune systems are effective in killing the virus.

That is also why, as reported by Sharyl Attkisson for CBS in August 2009, Dr. Harper questioned the CDC’s recommendation that the series of HPV vaccine shots be given to girls as young as 11-years old. Harper said:

“If we vaccinate 11 year olds and the protection doesn’t last… we’ve put them at harm from side effects, small but real, for no benefit. The benefit to public health is nothing, there is no reduction in cervical cancers, they are just postponed, unless the protection lasts for at least 15 years, and over 70% of all sexually active females of all ages are vaccinated.”

Why Dr. Harper waited AFTER Gardasil had been approved by the FDA to come clean about the vaccine’s risks and ineffectiveness is a mystery.

Lastly, here’s another good thing that President Trump has done — he’s asked Robert F. Kennedy, Jr. to chair a presidential commission on vaccine safety. Both Trump and Kennedy have questioned whether vaccines cause autism and, not surprisingly, are mocked by the MSM.