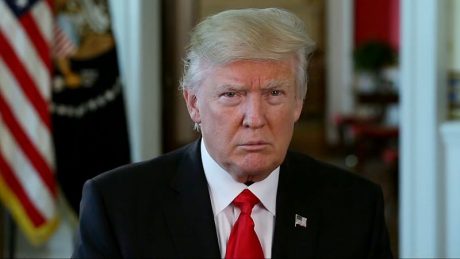 Many had believed that the “two state solution” would be “dead” under a Trump administration, but that is turning out not to be the case at all. According to an Israeli news source, the Trump administration is about to publicly declare support for a “two state solution”, and officials have reportedly been in contact with Israeli Prime Minister Benjamin Netanyahu’s office regarding “ideas to promote the two state solution.” This is extremely alarming, because I have previously written about how those that bless Israel will be blessed and those that curse Israel will be cursed. UN Security Council Resolution 2334 was a major step toward dividing the land of Israel, and when Barack Obama refused to veto that resolution in December he put the United States on the wrong side of that equation. In an article back in January, I listed 10 things that Trump could do to try to reverse the curse that Obama had brought on America, but instead it appears that Trump is also being seduced by the idea that a “two state solution” will bring lasting peace to the Middle East.

The Trump administration clarified in recent days to the Prime Minister’s bureau that it intended to support the ‘two-state solution’ as the base for negotiations in the Israeli-Palestinian conflict.

The clarifications were part of the preparations currently underway for the first meeting between Benjamin Netanyahu and Donald Trump since the latter assumed the American presidency. That meeting is to take place next week in the US capital.

American officials have been in communication with Jerusalem, and they have sent a series of messages for the prime minister with ideas to promote the two-state solution. This would lay the groundwork for a joint statement from both the heads of government supporting this step.

And to be honest, this shouldn’t exactly be a huge surprise.

President elect-Donald Trump wasted no time placing the Israeli-Palestinian conflict high on his foreign policy agenda, telling The Wall Street Journal on Friday that he hopes to end the conflict after taking office in January.

“That’s the ultimate deal,” said Trump. “As a deal maker, I’d like to do … the deal that can’t be made. And to do it for humanity’s sake. He referred to the conflict as the “war that never ends.”

Of course Trump knew when he made that statement that the Palestinians would never agree to a deal that does not give them their own state.

So the truth is that Trump has been thinking about a Palestinian state for a long time, but now he is going to publicly come out and back one.

All of those pundits on the right and the left that were suggesting that the “two state solution” was now dead were completely wrong. Sadly, Trump is a lot more like his predecessors when it comes to foreign policy than many were anticipating, and so far he is not nearly as pro-Israel as many supporters of Israel were hoping.

In fact, just a few days ago the Trump administration released a statement denouncing any new Israeli settlements or the expansion of any existing settlements in the West Bank. The following comes from the official White House website…

“While we don’t believe the existence of settlements is an impediment to peace, the construction of new settlements or the expansion of existing settlements beyond their current borders may not be helpful in achieving that goal. As the President has expressed many times, he hopes to achieve peace throughout the Middle East region.”

And the Trump administration was not happy about a new Israeli law that was just passed that retroactively legalized about 4,000 “settler outposts” in Judea and Samaria. So far Trump is not loudly denouncing this new law, but much of the rest of the world is definitely doing so…

France called the bill a “new attack on the two-state solution”, while Britain said it “damages Israel’s standing with its international partners”.

Turkey “strongly condemned” the law and Israel’s “unacceptable” settlement policy, and the Arab League accused Israel of “stealing the land and appropriating the property of Palestinians”.

UN Secretary-General Antonio Guterres boldly proclaimed that this new law “is in contravention of international law and will have far reaching legal consequences for Israel”, and another UN official says that Israel has crossed “a very thick red line”…

The law crossed a “thick red line” toward annexation of the West Bank, the United Nations said earlier Tuesday.

“This is the first time the Israeli Knesset legislates in the occupied Palestinian lands and particularly on property issues,” he told AFP.

Tensions in the Middle East are on the rise again, and we could literally see missiles start flying back and forth at any minute.

There is going to be a tremendous amount of pressure on Trump to try to bring peace to the Middle East, and Trump is already making it clear that he believes that a “two state solution” is the “ultimate deal”.

But if Donald Trump were to broker a deal between the Israelis and the Palestinians that would permanently divide the land of Israel into two states, he would greatly curse this nation, and so many of the things that I talk about in my new book would begin to happen.

It wouldn’t matter that Donald Trump is a conservative Republican that was backed by more than 80 percent of all evangelical Christians that voted in the last election. If Donald Trump is successful in dividing the land of Israel, we will be greatly cursed, and there will be disastrous consequences for the United States, for the Middle East, and for the entire planet.

So some of Donald Trump’s new evangelical Christian buddies need to start talking some sense to him before he does something that will be absolutely catastrophic for all of us.