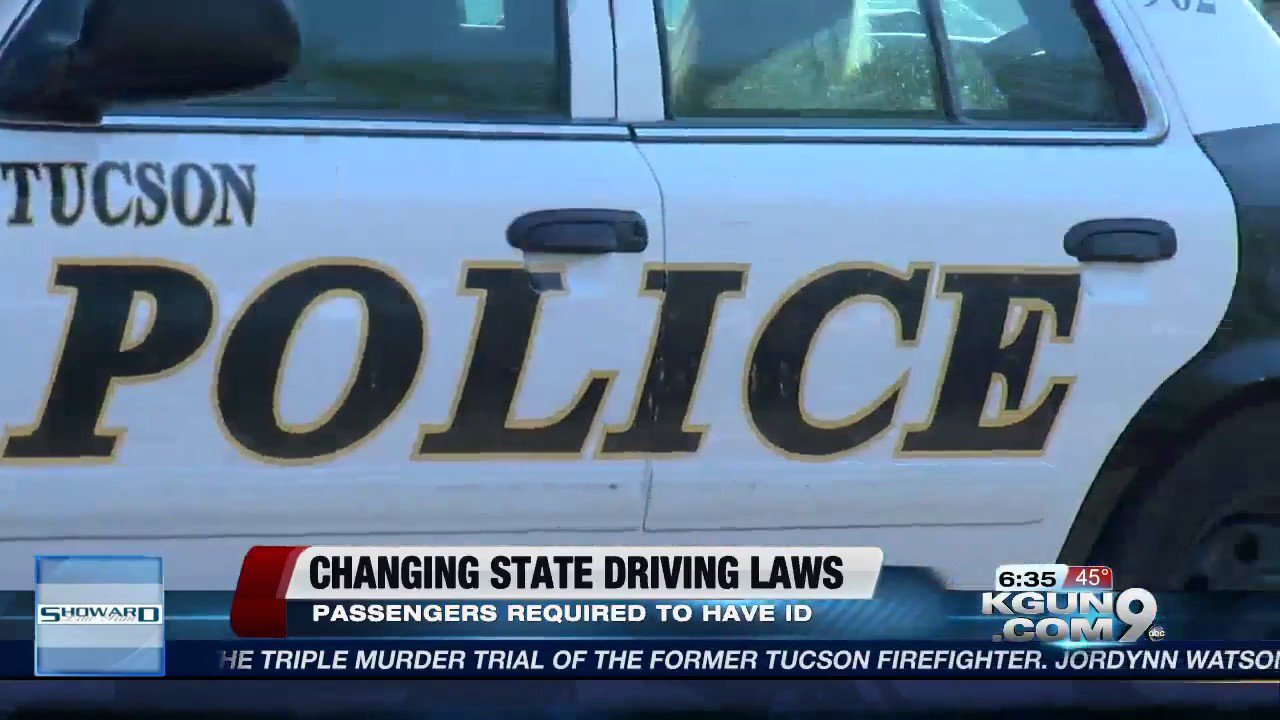 Phoenix, AZ – The nanny/security state has reared its ugly head, again — this time in the form of a new law that requires passengers in a vehicle to carry identification – with violators facing up to four months in jail and a $750 dollar fine.

Last week, HB 2305 was introduced by Rep. Anthony Kern (R-Dist. 20), in hopes of reinstating an Arizona law that was struck down in 2002 after a judge ruled the statute as too vague to enforce.

Currently, Arizona law requires only requires that the driver of a vehicle carry identification.

The new law would require passengers in a vehicle to have evidence of identity, with failure to do so resulting in a misdemeanor charge, which allows for a penalty of up to four months in jail. The entire text of the bill can be read here.

There are no stipulations in the bill differentiating between children and adults. Thus, under the proposed law, if passed in its current form, parents would be ridiculously obliged to procure IDs for their children to be able to simply ride in a vehicle without breaking the law.

Furthermore, the way the bill is worded makes it potentially applicable to anyone riding a bicycle if officers felt like applying it in that manner.

Under established precedent, an officer is only allowed to request identification from someone if there is reasonable suspicion of a crime, or traffic infraction, to stop the driver of the vehicle.

Rep. Kern attempted to justify this absurd law by stating, “Police officers need to know who they are talking to, and we wanted to clarify it in statute for passengers also,” in reference to a previous court ruling that negated the old passenger ID law, which resulted in the dropping of possession of drug charges for a suspect who was arrested as a passenger for not having a valid ID and was not wearing a seatbelt.

The reality of the situation is that under established U.S. law, unless an officer has a reasonable articulable suspicion of a crime afoot, a citizen is under no obligation to provide identification. Make no mistake that there is no logic or reason in attempting to force passengers to carry ID under threat of imprisonment.

These actions are simply another means of providing the government with more control over individuals when agents of the state and citizens interact. The state is clearly attempting to tread upon the civil liberties/rights that are supposed to be inherent to all Americans.

Steve Kilar, spokesperson with the American Civil Liberties Union of Arizona, said the proposal would ascribe a harsh punishment for a minor violation.

“This proposal takes us one step closer to a society in which we’re required to carry identification whenever we leave our homes,” Kilar said. “Furthermore, it needlessly piles criminal penalties onto civil violations, which would lead to huge fines and fees for otherwise minor violations. We don’t need people branded criminals simply because they failed to carry—or do not have—an ID card.”

This attempt at criminalizing people who simply don’t carry, or have, an ID is an unmistakable example of the ruling class attempting to provide cover for its paid enforcers as a means of allowing them to have more power in their interactions with people NOT suspected of a crime.