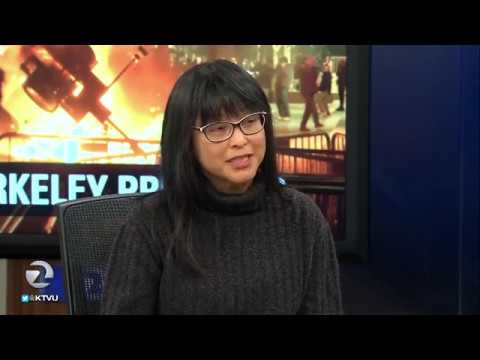 The hard-left are going to war

(INTELLIHUB) — An organizer of the mass riots at UC Berkeley over a planned speech by Milo Yiannopoulos has revealed that she has no regrets for the violence and that groups like hers are planning more riots in the near future.

Yvette Felarca, an organizer with the group “By Any Means Necessary” recently spoke to KTVU about the mass riots and her response was not only shocking but also a clear indication that more violent riots are soon to come.

Felarca started the interview out by completely lying about Yiannopoulos with the same nonsense the left always uses before laughably going on to say that Milo himself was there to launch attacks against Muslims and immigrants.

She then made clear that the groups goal was to shut Milo down and they were ready to use literally any means necessary to achieve that goal.

“It was a mass protest, it was a militant protest and everyone was there to shut him down,” Felarca said. “And so whatever it was going to take to do that, we were all there with a united cause and were stunningly successful.”

Questioned why protesters weren’t peaceful, Felarca declared, “I think the left has been far too timid for too long, we need to make sure we have more mass protests, more militant protests.”

Felarca then goes on to reveal that the violent UC Berkeley riots will be the blueprint for protest against Trump going forward. In other words, violent actions across the country are being planned while the media continues to whip up artificial anger at the president.

Felarca’s comments also destroy the disinformation being pushed by the likes of CNN and Salon who have both provided a platform for leftist professor Robert Reich to spread laughable conspiracy theories about the riots being started by “right-wingers.”

Since then Salon has also republished Reich’s original blog post on the topic while completely ignoring the public comments detailed above.

Stay tuned folks as we may be in for a wild ride as the hard-left moves towards open violence against all things Trump.