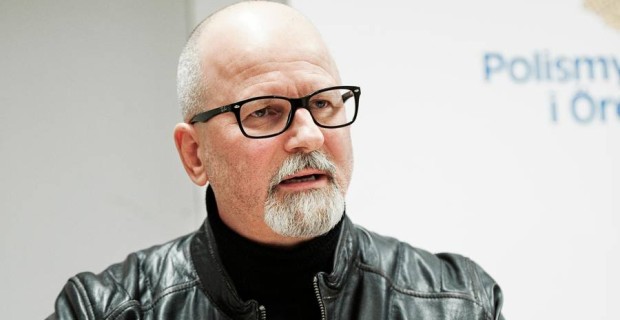 It’s being called the “Swedish Spring”; a groundswell of support for a top cop who went public on the epidemic of crimes being committed by Muslim migrants which has led to Swedes demanding a national conversation on the issue.

Since veteran police officer Peter Springare blew the whistle on the devastating effects mass immigration has had on Sweden, likes on a Facebook page set up in his honor have swelled to over 130,000 in the space of less than a week.

In his original Facebook post, Springare warned about how, “Our pensioners are on their knees, schools are in chaos, health care is an inferno, police have been completely destroyed,” as a result of soaring migrant crimes.

Springare revealed that the crimes he is processing, which include rape, assault, violence against police, drug trafficking and murder, were almost exclusively committed by someone named “Mohammed” or a variation of that name. The suspects were also invariably from Iraq, Turkey, Afghanistan, Somalia, or Syria.

Springare acknowledged that his post was “not politically correct” but that he “doesn’t give a shit”.

After the post received media attention, Springare was hit with an internal investigation on the grounds of “racial agitation”.

Springare has promised to post an update on Friday, which will undoubtedly refocus attention on the huge numbers of Muslim migrants who are committing serious crimes.

His supporters are calling on political leaders to address an issue that has been considered taboo for years, despite constant riots, torching of cars, violent attacks and sexual assaults being carried out by Muslim migrants in cities throughout Sweden on a routine basis.

Film makers who attempt to document the problems caused by Sweden’s Islamic no-go ghettos are routinely attacked. Ami Horowitz was viciously assaulted by a gang of Muslim men in Stockholm recently, at one point fearing for his life.

The situation is so dire that even some Somali immigrants are considering returning home, saying that areas of some Swedish cities are more dangerous than their notorious homeland.

Springare’s warning was backed up by Gothenburg police officer Tomas Åsenlöv, who revealed that cops were being told to implement Code 291 rules to hide “all information about the immigration-related crime.”

The call for a national debate about the problem is particularly novel given that public figures who have spoken out about mass immigration, such as Sweden Democrat Party politician Michael Hess, have been hit with “hate crimes” charges.

However, the mood is clearly changing with opinion polls showing the anti-immigration Sweden Democrats rapidly growing in popularity.

The latest poll puts them 7 points ahead of their nearest rivals with the next election scheduled for September 2018.

Another poll that asked 10,000 Europeans in 10 different European countries if they advocated a total ban on Muslim immigration found that 55% were in support of such a measure with just 20% opposed.