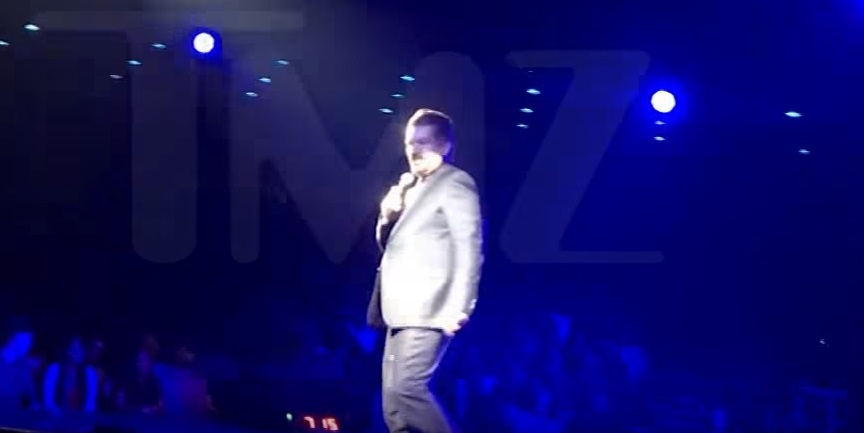 Comedian George Lopez, who during the campaign attacked Trump for his “comments about women” and said “there’s enough racists for him to win,” went off on a female audience member for objecting to one of his racist jokes at his show Saturday in Phoenix.

“There are only two rules in the Latino family. Don’t marry somebody black, and don’t park in front of our house,” Lopez said during his set, which prompted a woman in the audience to put up her middle finger.

In a clip of the incident obtained by TMZ, Lopez is seen responding to the woman’s gesture by calling her a “bitch” and telling her, “Sit your f**king ass down or get the f**k out.” These comments are repugnant, and unacceptable in any circumstance. His words show an utter lack of respect for women. I am sickened by what I heard today. Women are to be championed and revered, not objectified. I hope Mr. Lopez treats this situation with the seriousness it deserves and works to demonstrate to the country that he has greater respect for women than this clip suggests.

(Thanks to Mitch McConnell and Paul Ryan for that fine wording.)

While the media is freaking out over him calling a woman a “bitch” and saying it’s a “rule” for Latinos not to marry blacks — which is actually true — he played into this same PC crap to attack Trump.