One of the best things to come out of the 2016 election is how obvious it has now become for a lot more Americans just how fake and scripted the mainstream media and its political “shows” really are.

Another case in point. CNN recently hosted a town hall debate between senators Ted Cruz and Bernie Sanders on the future of Obamacare.

One woman popped up with a tough question for Cruz that she’s reading off of a print out at just after 50 minutes in:

Something about this woman’s paper stood out to viewers at home. Can you spot it? 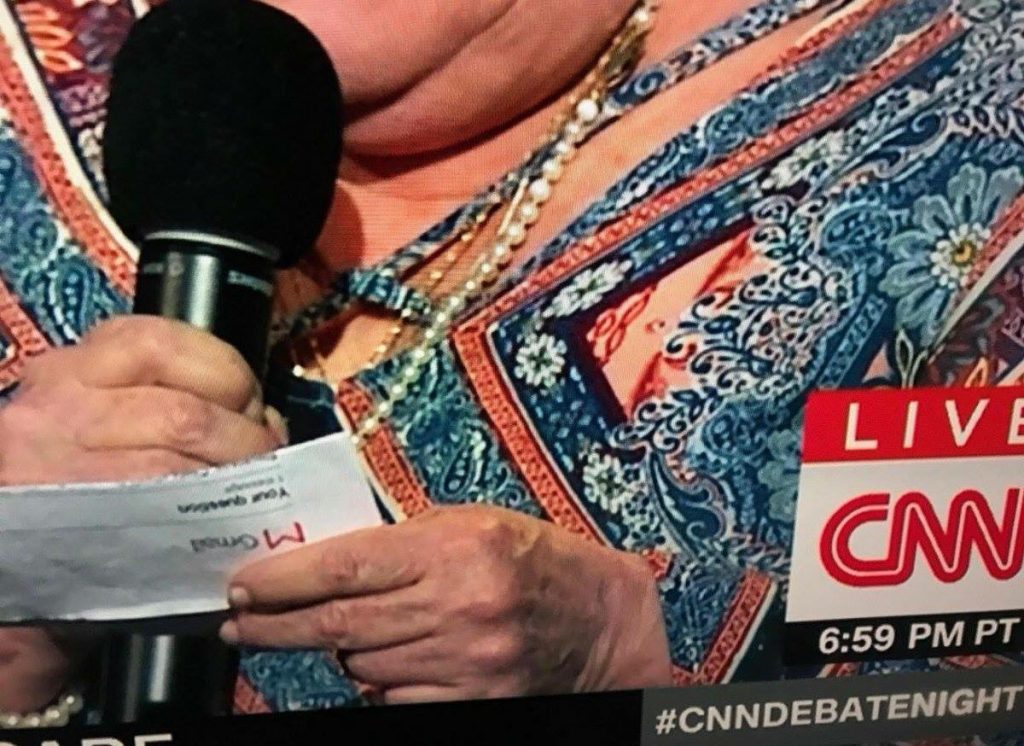 Take a look at the subject line there.

Others agreed it didn’t seem like the lady actually wrote the question as she was reading it.

The second she started I knew she didn't write it. It was obvious and predictable. CNN, America's leader in Fake News!

Because you know how when you want to remember your question, instead of writing it down or typing it out in an office program, you email it to yourself with a subject line referring to yourself in the 2nd person…

As soon as people started talking about how much they don’t trust that lady or CNN on Twitter, immediately they were attacked by others claiming it’s only crazy conspiracy theorists who would ever think such a thing.

That, and they should move along because there’s nothing to see here.

Actually no. People submitted those questions with requests for tickets

Well, maybe she did just type up her question, email it to herself with a subject line referring to herself in the 2nd person, then have a really hard time reading her own question when it came time to…

But the sad truth is that considering what we know about these “debates” and how partisan and bought out CNN is thanks to Wikileaks, it’s not even a rare occurrence anymore that CNN is accused of shadiness like feeding pre-scripted questions to its chosen “audience members” at town halls.