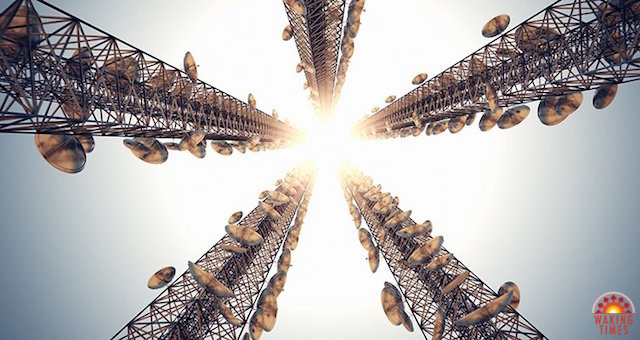 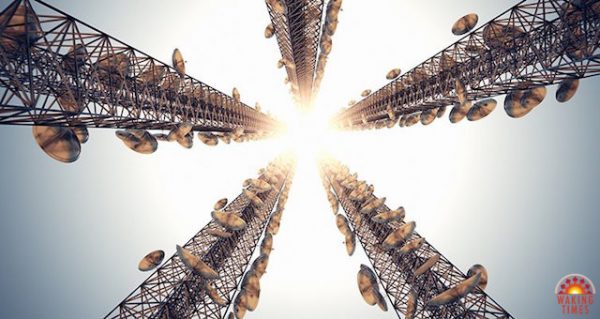 The FCC (Federal Communications Commission) is pushing to streamline the approval of 5G cell towers, overriding the little regulation that exists to legalize use of experimental high frequencies without extensive safety testing. Untested frequencies in the range of 28 gigahertz to 100 Ghz or more are set to be deployed all around us without our consent, emanating from an even greater number of new, smaller cell towers.

Some are talking about using even higher frequencies, in the terahertz range, much higher than previous networks.

A recent statement from Take Back Your Power says:

“US FCC wants to “streamline” the approval process for DAS (Distributed Antenna System) 4G/5G ubiquitous cell towers by exempting them from the 1996 Telecommunications Act!

And the US Senate will imminently be voting on S.19 and S.88, to expand DAS 4G/5G deployment!

If such efforts succeed, millions of small cell towers (on existing light poles/utility poles, or new ones) will be deployed everywhere, throughout residential neighborhoods. The millimeter microwave radiation deployed will produce horrific health effects, worsening EVERYONE’s health, and will remove the remaining pollinators. It’s THAT serious.  The bees in particular will die off rapidly, per studies of bees and microwave radiation.”

According to Dr. Axe:

“In essence, 5G will be the mobile networks, often referred to as cell phone towers, that power wireless technology. But get this: As we’re expected to start shifting toward 5G technology around the early 2020s, Federal Communications Commission Chairman Tom Wheeler says we can expect to see a lot more of those mobile towers.

So while we may enjoy anywhere from 10 to 50 times faster connection speeds that help fuel better data consumption, we may in return get millions of new cell phone towers on our street corners. (Our current 4G LTE technology relies on about 200,000 cell phone towers around the U.S.) But 5G needs a much denser network, meaning many more cell towers of all sizes all over the place. (3) The fact that these things have never been proven safe — and that worrisome science is cropping up around wireless technology — is cause for concern.

And it seems this 5G plan is full speed ahead. On July 14, 2016, the FCC voted to approve Spectrum Frontiers, making the U.S. the first country in the world to open up higher-frequency millimeter wave spectrum for the development of 5G fifth-generation wireless cellular technology. Environmental Health Trust is voicing concerns because health, safety and environmental evaluations to understand the impact on humans, wildlife and the environment have not been done.

In fact, before the FCC gave 5G the green light, the agency was flooded with comments in opposition to 5G.”

5G is being presented as the next stage of evolution in communications technology, and being promoted with enthusiastic headlines, such as:

“5G starts with chips like IBM and Ericsson’s silicon antenna”

Headlines with an alternative perspective read:

For background on 5G, watch this video from Take Back Your Power, featuring Tom Wheeler, Former FCC Chairman and corporate lobbyist, who delivers a rather intimidating and presumptuous speech praising this new technology.

But what about the people already suffering with symptoms of EMF radiation from wifi, smart phones, smart meters, and newer vehicles? The dangers of certain new technologies, as is the case with some biotech and toxic foods, represent a much more insidious reality: cancer causing, body disrupting frequencies.

The attitude of such technological innovators is perfectly represented in by Tom Wheeler’s statements, pushing for American exceptionalism, demanding 5G deployment as soon as possible with little to no testing of the effects on human beings or the natural environment. He says billions of dollars are ‘damn important,’ with the part mentioning billions of dollars mysteriously absent from the speech’s official transcsript.

“If the Commission approves my proposal next month, the United States will be the first country in the world to open up high-band spectrum for 5G networks and applications. And that’s damn important because it means U.S. companies will be first out of the gate.”

At events like this, people reasonably approaching the notion of danger are ostracized, while lobbyists like Tom Wheeler condescendingly say things like “talk to the medical people,” in response to genuine concerns.

The FCC is just like the FDA, CDC, NIH, or EPA: regulatory bodies in bed with the very corporations they claims to be regulating. Companies such as IBM, Verizon and AT&T often wield greater power than government, often working directly with government to create their own rules. The book, Captured Agency: How the Federal Communications Commission Is Dominated by the Industries It Presumably Regulates, explains this works.

For a deeper insight into the mainstream narrative of the splendors of cell technologies , this video is a sales pitch for the road 1G to 5G.

We’re already being steered in this direction, forced into a future of smart devices and the internet of things, and it could get so much worse from here. How many rising illnesses, how many symptoms, how many cases of salivary gland cancer, brain cancer, and EMF hypersensitivity will we discover along the way?

As Kevin Mottus said in the above video from Take Back Your Power, we need to fight this with much more persistence.

See the following links for information on the effects of cell technologies, as well as info on what you can do to protect yourself.

“Below is what I call my List of Irrefutability. We can soon reach a turning point, but our voices are each needed at this time. Please quote from and or share these links:” ~Kevin Mottus

• 1,032 found effects (most effects being harmful)

• a further 370 had other “important insights or findings”

3) Harvard Ethics Department ebook, “Captured Agency: How the FCC Is Dominated by the Industries It Presumably Regulates”:

5) Watch the ABC Cataylst episode “Wi-Fried”, which got the journalist and entire staff fired due to industry “lobbying”:

10) Apple manual states to keep your iPhone away from your body at all times:

14) More than 60 international warnings on Wi-Fi and microwave radiation:

16) TED Talk from a former Environmental Engineer in Silicon Valley:

18) Another insurance giant, Lloyd’s of London, will not insure anything wireless:http://www.naturalhealth365.com/wi-fi-radiation-electromagnetic-fields-lloyds-of-london-1356.html

22) WHO involved in suppression of additional science showing harm, since 2011:

24) CEO of 1 Billion-dollar U.K. company speaks out on microwave sickness:

25) Dozens of specific scientific abstracts that all show harm:

Pedro Aquila is a staff writer for Waking Times.