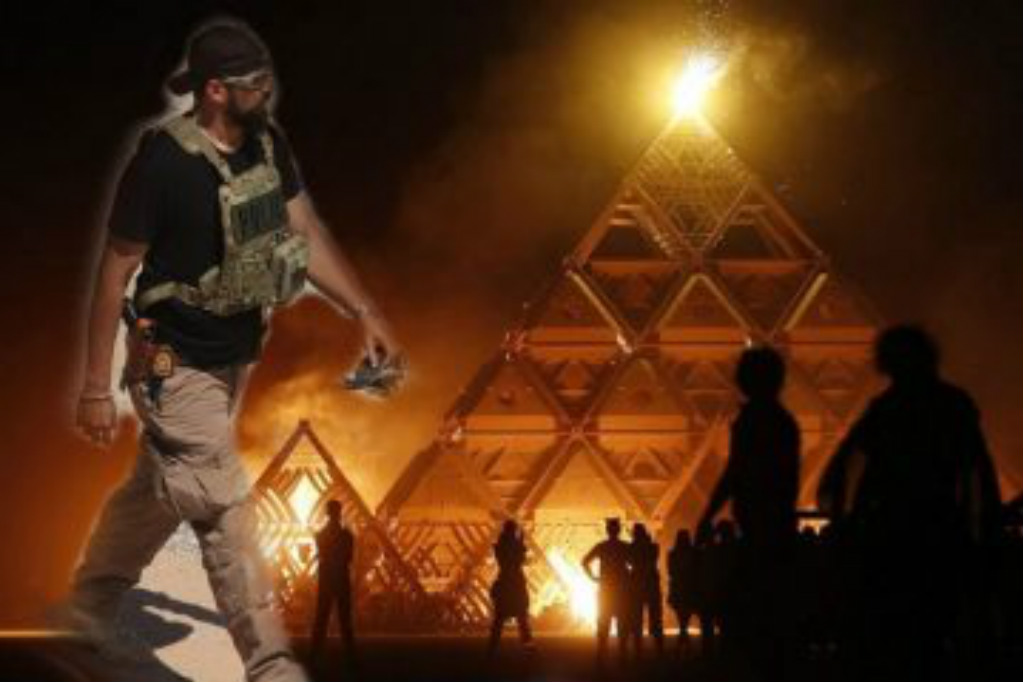 Yes, friends, these kinds of things actually exist in the united States of America. Bureau of Land Management Agent Daniel P. Love, who was found guilty of misconduct in an Inspector General’s report recently and was almost single-handedly responsible for the potential deaths of everyone at Bundy Ranch in 2014, including his own people, has now been tied to the infamous Illuminati

…federal investigators recently announced ethical misconduct and violations by a BLM supervisory agent, who is accused of using his influence to obtain tickets and special passes to the Burning Man festival in the Nevada desert. The agent, who officials did not name, also allegedly used BLM resources for his family’s benefit at Burning Man and intervened in hiring to benefit a friend.

Though the investigators did not name the agent, the Salt Lake Tribune and Reno-Gazette Journal identified him as Dan Love, who held the position outlined in the government’s report during the period in the inquiry.

Love oversaw the BLM’s handling of the 2014 Bundy standoff, and given his role as a key witness, Bunkerville defense attorneys have said the misconduct case could unravel the prosecution.

“He has a history of intimidation and bullying,” said Chris Rasmussen, attorney for defendant Pete Santilli, arguing that the agent heightened tensions at the standoff. “Instead of de-escalation, he tried to escalate the situation.”

So, what is the Burning Man festival, you might ask? According to Before It’s News:

For those who are as yet unfamiliar with the Burning Man Festival, it is like nothing you’ve ever seen (and hopefully never will see). Founded on the Summer Solstice (a witchcraft holiday) in 1986 by a man named Larry Harvey it has grown from its humble beginnings of a small gathering of friends on Baker Beach in San Francisco to a week long festival (ending Labor Day weekend) that has been relocated to the Nevada Black Rock Desert, forming a temporary city. Boasting two daily newspapers and an unbelievable 40+ radio stations, Black Rock City’s population this year was estimated at about 30,000 inhabitants from every state in the union and quite a few foreign countries. Harvey claims that the Burning Man and the Black Rock City phenomenon originated from a creative way to ceremonialize getting over a broken relationship combined with an unprecedented social experiment in the unrestricted self-expression of art and life (later on you’ll see some of that ‘artwork’ ). One thing that he emphatically denies is that it is pagan based. I found this to be a laughable second-rate cover story. To me, the Burning Man origins obviously parallels ancient pagan celebrations when Druids burned humans in wicker cages as sacrifices to their gods at least eight times a year, on their eight major holy days, one of those of course being the Summer Solstice or Litha, a Celtic fire festival.

Larry Harvey is responsible for all major aspects of the Burning Man Project; from a new central theme that it is given each year to overseeing the design and construction of the wooden man, to the layout of the city and so on.

If you want to see more, take Buzzfeed’s Kevin Tang’s report as one who attended Burning Man. There are also plenty of videos that have been made and uploaded to YouTube on the subject. The only reason I won’t post them here is because many of those exposing what is going on at the festival have a completely distorted view of biblical prophecy and thus, pull entire texts out of context. However, if you are able to discern the truth, then quite possibly you are ready to watch such videos on this matter.

Part of the motions that were filed on behalf of defendants in the Bundy Ranch case following the misconduct report, which is believed to be about Mr. Love, were based on the misconduct involving Burning Man.

I have an even more important question for you America. Should we be allowing pagans to be involved in our government? The BLM and the FBI, who posed as journalists for the Associated Press and disguised themselves as a film group at Bundy Ranch, are both questionable and unethical agencies of the central government.