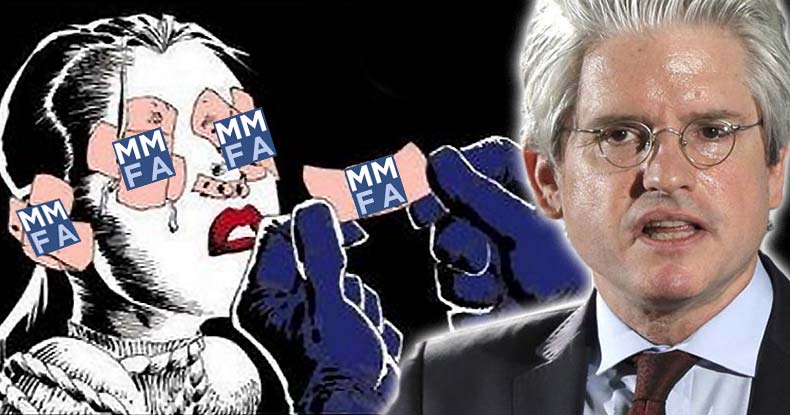 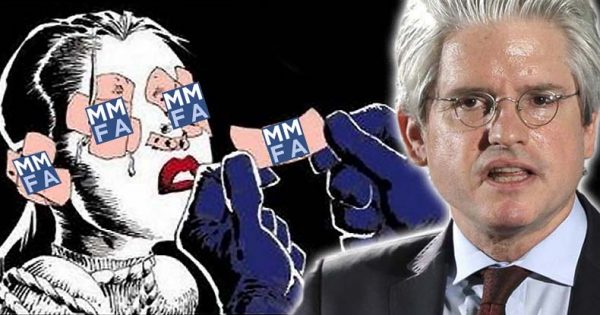 For those uninitiated, Brock is the key cog in the hard-left neo-liberal political media attack machine that attempts to propagandize the public into accepting a progressive political narrative as fact. Essentially, Brock acts as the tip of the spear in the left’s culture war – forwarding a divide and conquer paradigm based largely on identity politics.

To give some perspective into this strategy one need only look back to the teachings of ancient Chinese military strategist Sun Tzu and his seminal treatise, The Art of War. He proposed that indirect warfare is one of the most efficient ways of fighting an enemy. It allows an opponent to defeat their adversary without directly engaging them, thereby saving themselves the resources that would have to be expended in a direct confrontation.

This dynamic of indirect warfare is clearly at work, as the hallmarks of an information war are unmistakable in Media Matters methodology and approach described in the leaked document.

The employment of hybrid warfare will unmistakably be marked by “protests,” as we have already seen in the form of “The Women’s March,” and insurgents, such as the Anitfas presence at the UC-Berkley riots. Fifth columns, such as Media Matters, will be formed by non-state actors, like Brock, which publicly behave as civilian organizations, but operate with vested political motives and strategic militant-like precision. Social media and similar technologies will come to replace precision-guided munitions as the “surgical strike” capability of the aggressive party, and chat rooms and Facebook pages will become the new “militants’ den.”

Besides the tactical advantages of this hybrid warfare, there are also strategic ones as well. In this case, indirect warfare, in the form of information warfare, is clearly being employed in an effort to destabilize any messages that are outside of the neoliberal globalist paradigm.

The leaked briefing book, entitled “Media Matters: The Top Watchdog Against Fake News and Propaganda — Transforming the Media Landscape” (obtained exclusively by the Free Beacon) was privately published by Brock in January to solicit donors, and lays out the strategy for controlling the U.S. media narrative.

The briefing book advances the narrative of “Fake News,” which actually began with Media Matters, and reveals Brock is attempting to launch what the hard-left calls “a meme.” A “meme” is essentially a narrative designed to discredit news organizations that dare report from anything other than a neoliberal perspective. The goal is to discredit any organization that doesn’t toe the neoliberal line.

The main thrust of this narrative Brock is forwarding is to paint anyone who opposes the neoliberal agenda as “alt-right” – with a direct implication that they are racist, anti-Semitic, or misogynistic. It must be noted that this blanket term is used to intentionally marginalize anyone that disagrees with their ideological stance. Make no mistake that conflating neo-Nazis and racists, with constitutionalists, libertarians and conservatives is a strategic maneuver meant to marginalize the voice of large segments of the U.S. population.

Brock implicates both Google and Facebook as co-conspirators in forwarding this “Fake News” narrative against independent media organizations like The Free Thought Project.

Brock clearly articulates this strategy, as laid out on page two of his briefing book:

“Over the next four years, Media Matters will focus on achieving the following outcomes:

“Serial misinformers and right-wing propagandists inhabiting everything from social media to the highest levels of government will be exposed.

“Internet and social media platforms, like Google and Facebook, will no longer uncritically and without consequence host and enrich fake news sites and propagandists.

“Toxic alt-right social media-fueled harassment campaigns that silence dissent and poison our national discourse will be punished and halted.”

This clear attempt to consolidate control over the informational narrative Americans are exposed to is dangerous, and nothing less than a true threat to freedom. In essence, Brock is attempting to create a more effective “propaganda model,” as forward by academic Noam Chomsky, to prevent people having any perspective outside of the one the hard-left wants seen by the public — using social media as the weapon.

The narrative of “fake news” had a creeping, but clear, drive to delegitimize alternative media outlets, such as us here at The Free Thought Project, likely due to our reporting on U.S. hegemony/imperialism and topics like the contents of WikiLeaks’ releases of the DNC and Podesta emails during the election – while the mainstream media largely refused to do so.

Revealing the origins of this soft-censorship regime, Lachan Markay reported in the Washington Free Beacon that during the 2016 presidential campaign Media Matters launched a petition drive aimed at pressuring Facebook into prohibiting “fake News” websites and to “adjust its model to stem the flow of damaging fake news from its platform pages.”

There was a clear trickled down agenda enacted after a secret post-election meeting of progressive elites with the Democratic Alliance, co-founded by Soros in 2005, with Media Matters acting as the propaganda arm by issuing a press release about “fake news”– and, like clockwork, numerous publications, such as the Washington Post, began running articles about “fake news.”

In the leaked briefing book, Brock acknowledged that Google was a relatively easy sell on the “fake news” narrative, but Facebook was a much harder sale — with Mark Zuckerberg initially calling the notion that “fake news is a problem” is “crazy.”

So, how did Media Matters handle this?

According to the briefing documents:

“In November, we launched a campaign pressuring Facebook to: 1) acknowledge the problem of the proliferation of fake news on Facebook and its consequences for our democracy and 2) commit to taking action to fix the problem.”

Brock subsequently reported that “as a result of our push for accountability,” Facebook would now toe the neoliberal/globalist line and implement a soft-censorship regime under the guise of ridding Facebook of “fake news.”

In the wake of this full-court press by the neoliberal establishment, President Obama disingenuously proclaimed “fake news” a threat to our democracy during a speech in Berlin. In turn, Mark Zuckerberg caved to the pressure and announced a fact-checking regime, laughably announcing the use of Politifact, Snopes and ABC News to fact-check and flag disputed stories — which would then result in disputed stories being given a lower algorithm ranking, thus not as often appearing in people’s newsfeeds.

Make no mistake that this is simply an attempt by the corporate oligarchy to regain control of the informational gates of society, which they have lost due to the rapid rise of social media, in an effort to soft-censor any dissenting world views.

Brock believes that the only truth is that which supports a neoliberal-globalist agenda, and that all other points of view must be marginalized. It’s painfully obvious that Media Matters, Brock and his oligarchic ilk have no respect for free speech, as they attempt to create an echo chamber for neoliberal globalism, while attempting to silence all other voices.

These actions, by the oligarchic left, are simply war by other means.